Profiled by Pitchfork, Complex and The FADER since making an entrance to the US scene in 2015, Young Nudy has attracted frenzied attention and fervent praise from the media, the hip-hop establishment, and a rapidly expanding fan-base over the course of a career that’s seen the release of eight mixtapes, the last of which hit Apple Music’s No 1 spot in 2019, and collaborations with Drake, 21 Savage, Lil Yachty, Offset, Playboi Carti and J. Cole.

Born in Georgia, Quantavious Tavario Thomas recorded his first track in 2014. A year later he was appearing on 21 Savage’s hit single ‘Air it Out’, a spot which gave Nudy crucial exposure and his first taste of international attention. After gaining over six million views on Soundcloud with the release of his debut mixtape, Nudy chose to dedicate himself to the rap game: his follow-up mixtape featured beats from heavyweight producer Metro Boomin and guest verses from Juicy J, Peso and 21 Savage. 2017’s Nudy Land mixtape brought Offset and Lil Yachty in for high-profile contributions, leading to a multi-million dollar record deal with RCA Records.

Since reaching such dizzying heights, Nudy has continued to issue incendiary mixtapes at a steady pace. Most recently, he shared Sli’merre, a collaborative effort that Pitchfork described as “one of the best rapper/producer collaborations of the year”. After touring North America extensively, Young Nudy is ready to capitalise on his critical acclaim and commercial success by taking his explosive live performances across the globe. 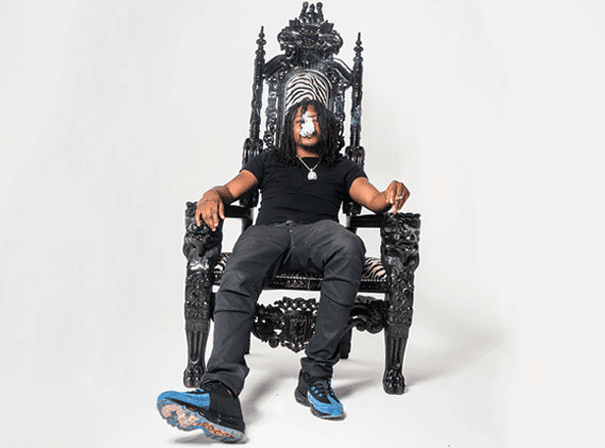