American freestyle skier Aaron Blunck is a Winter X Games gold medallist, a two-time World Championship title-winner and a World Cup multiple medal-winner. The Coloradan is attached to Ski and Snowboard Club Vail, and is known for competing in the halfpipe.

Blunck showed early promise as a freestyle skier, landing a top three position at the National Championships, and later taking a bronze medal at the Youth Olympic Winter Games in 2012. The following year, he would claim silver at the New Zealand Winter Games in Cardrona, and took his first of many podiums on the World Cup circuit. He later received his Olympic debut at the 2014 Winter Olympics in Sochi, where he reached the final of the men’s halfpipe, and placed seventh. He qualified for the event four years later in Pyeongchang, where he repeated his performance to confirm his place in the top flight of men’s halfpipe competitors globally.

Blunck’s career would reach new heights in 2017, when he recorded a gold medal win in the SuperPipe at the Winter X Games in Aspen. Hot on the heels of this victory, he travelled to the Freestyle World Ski Championships in Sierra Nevada, where he took the gold medal and his first world title. He successfully defended this two years later in Utah, becoming the first athlete to win a halfpipe Worlds title on two occasions. Having twice previously placed second in the World Cup’s end-of-season rankings for the halfpipe, Blunck marked his most successful performance yet in 2019-20, ranking first in the halfpipe and third overall in men’s events. 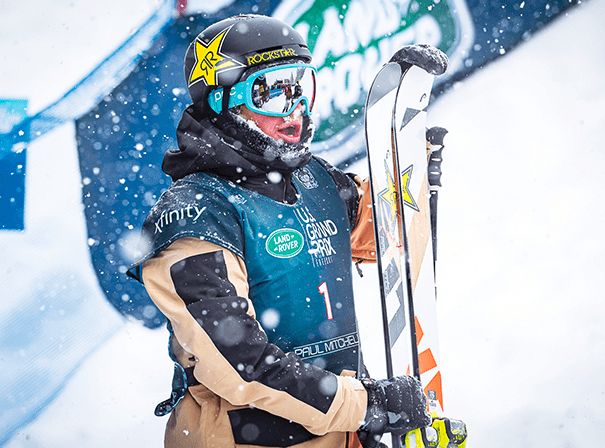