With two albums, a novel, stand-up comedy performances and high-profile interviews already on his résumé, multi-talented Chicagoan teen Aaron Hanania has the world at his feet. After kick-starting his journalism career in 2015 by snagging an interview with Chicago Cubs first baseman Anthony Rizzo, Hanania saw his first published feature appear in Illinois paper The Regional News the following year, when he interviewed Denver Broncos offensive guard and Super Bowl champion Michael Schofield. Since 2018, Hanania’s artistic output has been prolific, beginning with the publication of his debut novel The King’s Pawn, a dystopian, Rawlsian sci-fi tale exploring the tensions between social control and individual free will, and followed up by the release of his first two albums, Deep Space and Resonance, in 2019 and 2020 respectively. Hanania’s ethereal sound and clever, austere lyrics have seen his music gain increasing popularity across major streaming platforms.

At the age of only seven, the precocious Hanania launched his own website, Aaron411.com, on which he posted personal stories. At this point he was already an avid drummer, playing along to the Rolling Stones, Led Zeppelin, The Beatles, and Fleetwood Mac, and this passion eventually led him to a third-place finish in a major high school talent contest in 2018, where he rocked the auditorium with a customized, solo drum medley. Hanania has also performed stand-up comedy on several occasions to packed audiences around Chicagoland and to a room of more than 250 people in Deerfield, Illinois. As a social media influencer who is active on YouTube and TikTok, Hanania uses his platform to post motivational tips and tricks and to offer his insights on the important challenges that young people face today. 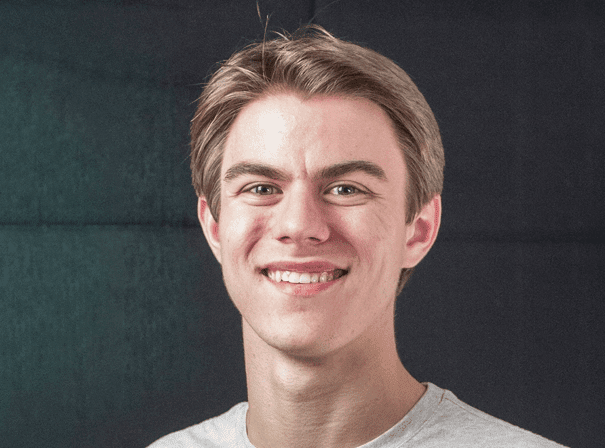