Straight from his dad’s mouth, there was never any doubt that Aaron Pauley would become a musician, whether it be in composing, production or performance. From a very early age the lead man showed an extraordinary raw and natural talent and passion for music that fascinated all around him. At the age of three, when asked what he wanted to be when he grew up he replied, Madonna’s drummer. Now, 30 years down the track he has achieved all the success and fame that such a position would hold and more.

Aaron received his first drum set at the age of eight, and shortly after his first guitar, showing a natural ability with both from the get go. At the age of 13 the music genius started his first band, Menace to Society, with some school friends. A year later he joined his first serious band, From Wings Within, later renamed Razing Alexandria. He cites this period of his music career as being the most experimental as they were all still young and figuring out the music together. Two years after graduating from Vacaville High School, Aaron became lead vocalist for the post-hardcore band Jamie’s Elsewhere, releasing two albums with the band.

In 2012 the musician joined his present band, Of Mice & Men, as lead vocalist and bassist. Aaron has found great success with the rock band, as well as a band of brothers. He has always enjoyed the extremes in music, such as the heavy, screaming music and vocals sometimes associated with his band, because of its rawness and release of constraints. In 2016 Aaron produced, mixed and mastered Of Mice & Men’s Live at Brixton album and has done so for many of their others. 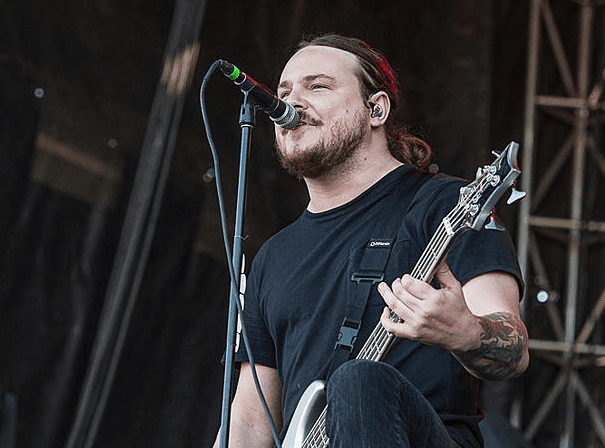