Aarti Sequiera is a TV chef and cooking show host famous for winning the sixth season of Food Network Star. Sequiera took the top spot on the Food Network show when she impressed with her Indian twists on American classic dishes and charmed fans with her infectious personality. She was the host of her own show Aarti Party from 2011 until 2013 and also hosts the Cooking Channel’s Taste in Translation. She is the author of bestselling cookbook Aarti Paarti: An American Kitchen with an Indian Soul. Sequiera also hosts her own online cooking show on YouTube and writes a food blog for her website, aartipaarti.com.

Sequiera was born in Bombay and grew up in Dubai before moving to Chicago, where she attended Northwestern University. After enjoying cooking all her life she entered season six of Food Network Star, and her unique signature style of food – favourite American meals with an Indian soul – helped her win the competition. After winning the show, she hosted her own hit cooking show Aarti Party as well as travel programme Hidden Eats.

When she isn’t presenting her own shows, Sequiera often appears as a judge on other cooking programmes including Christmas Cookie Challenge, Cooks vs. Cons and Guy’s Grocery Games. She has also appeared on numerous other television shows including Cutthroat Kitchen All-Stars, Chopped All-Stars, Home and Family on the Hallmark channel, CBS’ The Talk, Today Show and Dr. Oz. 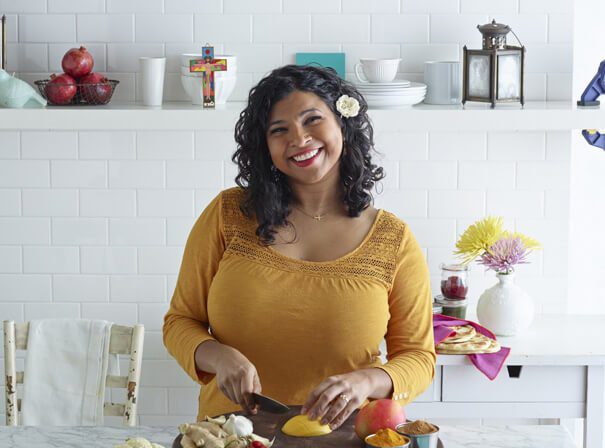