When Abby Kasch takes the stage, the space is electrified by her lively personality and strong voice. Kasch is above all an entertainer, with a classic country sound infused with rock and soul. She appeared on Season 16 of NBC’s hit show The Voice in 2019, making it to the top 24 after competing against thousands of other artists. During the season, Kasch appeared in a Marshall’s commercial as well as a Toyota commercial.

Kasch, a singer, songwriter, and guitarist, has opened for acts such as Scotty McCreery in front of tens of thousands at the Arcade Theatre in St. Charles, Illinois, headlined in front of crowds of hundreds of thousands at festivals, and played at prestigious venues such as the Chicago House of Blues. She now works as a full-time musician at several of Nashville’s most prestigious venues on Broadway.

Kasch got her first permanent job at Pepe’s Mexican Restaurant in Illinois when she was 12 years old. She played guitar and sang with an adult guitarist for three years, who soon became a family friend and mentor, and a gateway into a full-time music career. Kasch has released the EP Red Lip, the sound of which has matured since her debut album “L.O.V.E” in 2016, while still maintaining some pop country elements. She can be found performing regularly in Nashville, Chicago, and other major cities throughout the United States. 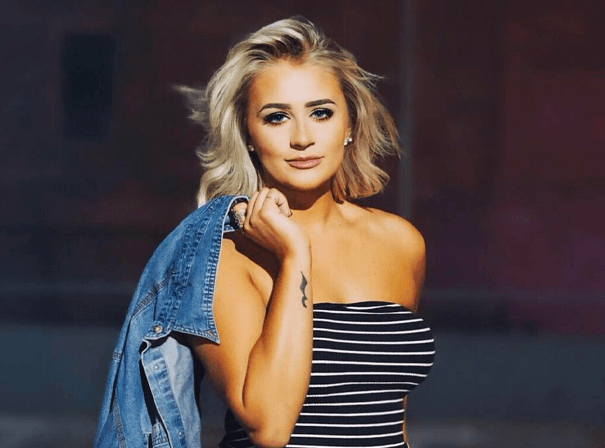