Known as one of the world’s most dramatic figure skaters, Adam Rippon won the hearts of audiences around the globe during the 2018 Winter Olympics. Rippon was the first openly gay U.S. male athlete to win a medal in a Winter Olympics, and his rise to fame on the world stage has provided him with the platform to speak out supporting LGBTQ rights, becoming one of the most influential voices in LGBTQ America. After winning a bronze medal as part of the US figure skating team event, he was also successful away from the ice winning season 26 of Dancing with the Stars and later becoming a judge on Dancing with the Stars Juniors. Soon after retiring from competitive figure skating he was included in Time magazine’s 100 Most Influential People of 2018. Well known for his wit and refreshing candor, he has appeared frequently in the media on the likes of Good Morning America, RuPaul’s Drag Race, Jimmy Kimmel Live! and Good Morning America. Rippon’s bestselling memoir, Beautiful on the Outside, was published in 2019.

Born in Scranton, Pennsylvania, Rippon rose through the US skating ranks winning the world junior title on two occasions before clinching the U.S. men’s title in 2016. Named to his first Olympic team in 2018, Rippon had previously made the bold move to publicly come out as gay in an interview with SKATING magazine in 2015.

A star both on and off the ice, he has graced the covers of The Guardian’s G2 and OUT Magazine, The Washington Post Magazine and ESPN’s Body Issue and also appeared on the pages of Rolling Stone, Elle, Cosmo, Vanity Fair and many more. The multi-faceted star has also worked for ABC as a special correspondent and made his live theater debut in The Laramie Project. 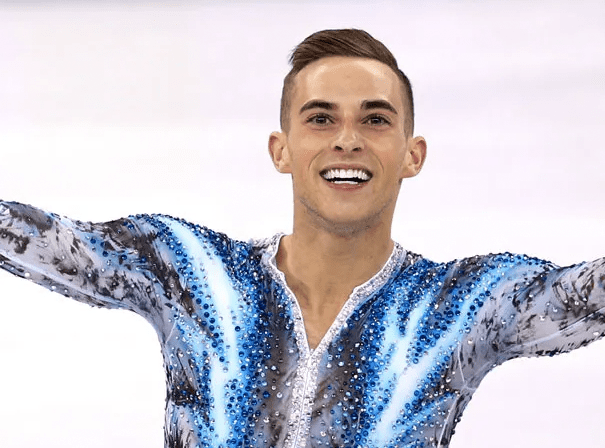