Nicknamed “The Beast”, Adebayo Akinfenwa is one of the wildest personalities in English professional Soccer, both on and off the pitch. Weighing in at around 16 stone and with the strength to bench press 180kg, he has silenced doubters who claimed he was too big to play Soccer by blasting in over 100 goals during in his career, including 37 so far at Wycombe Wanderers.

Akinfenwa has appeared as the strongest Soccer player in video game FIFA for seven years running, and he also finds time outside of playing Soccer to run his own clothing label, Beast Mode On.

Akinfenwa began his youth career with Watford before moving to Lithuanian club FK Atlantas, where he made a stand against racial abuse, an early demonstration of his strength of character. He moved back to the UK in 2003, pushing Welsh team Barry Town to victory before journeying around several clubs including Doncaster Rovers, Torquay, Swansea and Millwall. He eventually signed for AFC Wimbledon after they had chased his signature for over a year.

One of Akinfenwa’s finest Soccering moments in his career so far came during his time at AFC Wimbledon when he equalised against Liverpool, the team he had supported since childhood, in the third round of the FA Cup in January 2015. During the match he was tweeted about 39,000 times, with #BeastMode becoming the third-most popular hashtag on Twitter.

With his popularity growing on and off the pitch, Akinfenwa joined Wycombe Wanderers, helping them gain promotion and winning a ‘Player of the Year’ nomination. Akinfenwa continues to challenge stereotypes in the world of Soccer and beyond, and with a gift for motivating others: he has exciting plans for a new mentor scheme in the pipeline, aimed at coaching young people to achieve their full potential. 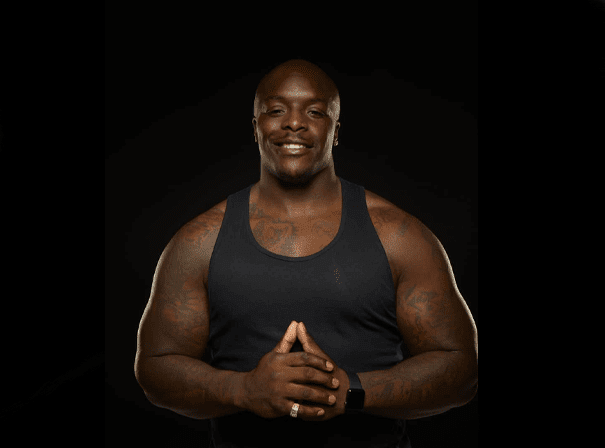