Aditi Kinkhabwala is a well-known American sports journalist. She works primarily for the National Football League Network as a national correspondent and as a reporter for the NFL Media Group. NFL Now, NFL Total Access, NFL GameDay Morning, and Good Morning Football: Weekend are among the network’s live programming on which she appears. Kinkhabwala also contributes to NFL.com with columns. She appears on radio shows all around the country, from Baltimore to Los Angeles. Kinkhabwala is also a regular contributor to the yearly official Super Bowl program. She worked as a reporter covering the New York Giants football team for the Wall Street Journal for 12 years before pursuing a career in television reporting.

The San Antonio Express-News was Kinkhabwala’s first full-time employment as a journalist. She began her career as a reporter for two New Jersey newspapers, The News Tribune and then the Home News Tribune, while still in high school. Kinkhabwala went on to work as a sports journalist for The Bergen Record from 2002 to 2009. She was largely responsible for covering Rutgers football and men’s and women’s basketball. She spent her summers writing about the New York Yankees and New York Mets. She was also the Big East correspondent for Sports Illustrated and authored a weekly piece for SI.com. 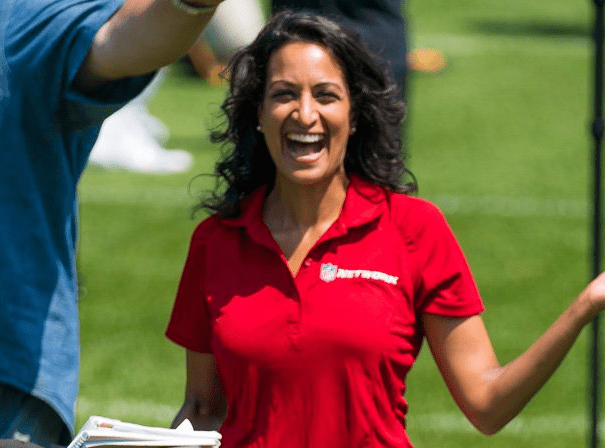