Adrian Newey OBE is considered one of the “best engineers in Formula One”, with his work having contributed to over 150 grand prix wins. Currently Chief Technical Officer of the Red Bull Formula One Racing Team, he’s one of F1’s most famous engineers. Going back to where it all started, he attended Repton Public school alongside fellow petrol-head and TV presenter, Jeremy Clarkson. He would go on to study Aeronautics and Astronautics at the University of Southampton. His career in Formula One began when he started working for the Fittipaldi Formula One team soon after graduation.

Newey would then step away from Formula One for a time, moving into Indycar Projects and working as both a designer and a race engineer closely alongside Bobby Rahal. Their collective designs would earn their team multiple Indy 500 titles. It would be in 1986 that he would make his return to the F1 circuit by joining the Haas team. Following on from the demise of Haas he would then go on to join Williams F1 from 1991 to 1996, then to McLaren from 1997-2005 and Red Bull from 2006 to present where he currently enjoys his role as CTO. An expert in not only engineering but also the sport of auto racing, Adrian Newey is an inspiring figure with decades of experience and acclaim behind him. 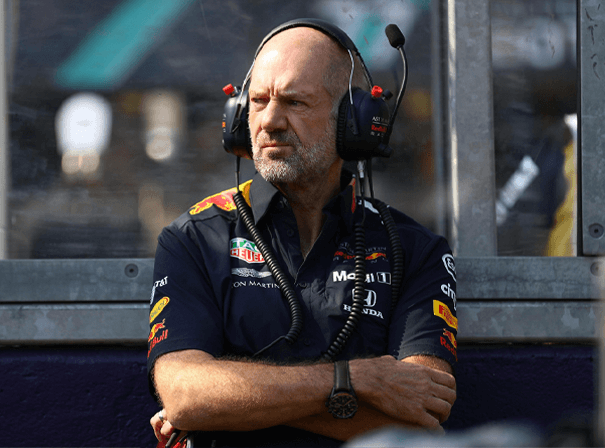