Footballer Adrian Peterson is widely considered to be one of the greatest running backs in the history of the National Football League (NFL). After first demonstrating his remarkable abilities at high school he went on to impress with a stand-out college career playing at the University of Oklahoma where he was a unanimous All-American and the first freshman to land runner-up for the prestigious Heisman Trophy. Selected seventh overall by the Minnesota Vikings in the 2007 NFL Draft, he set an NFL rushing record for the highest number of yards in a single game during his initial season as his ability to achieve greatness became apparent. Since then he has achieved two NFL MVP Awards, 3 first-team all pro awards and six pro-bowl appearances.

Born in Palestine, Texas, Peterson was a standout in football, track and basketball whilst at Palestine High School, but his skills were always most notable in football. After he was offered a scholarship at the University of Oklahoma’s prestigious college football program he began to attract attention after setting the NCAA freshman rushing record with 1925 yards and becoming a runner-up for the Heisman Trophy.

Peterson’s pro career continued in an equally impressive manner, and he was named NFL Offensive Rookie of the Year. He racked up more than 3,000 yards through his first two seasons, becoming only the fifth player in NFL history to do so. In 2011 he was ranked as the third best player in the NFL, and in 2013 he reached the #1 spot on NFL Network’s top players of the year. Already established as one of the greats of the game, Peterson has plans to continue playing in 2022 and beyond. 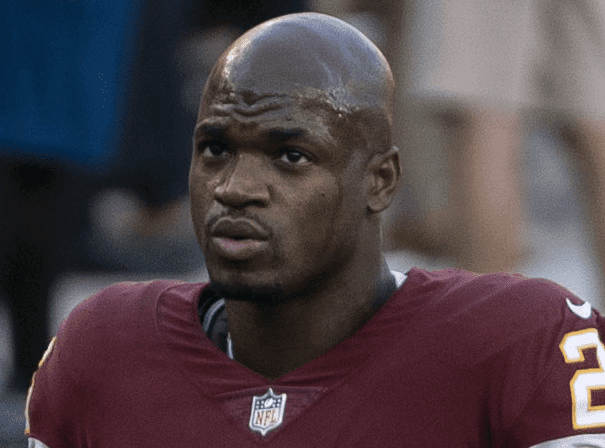