Ágatha Bednarczuk is a Brazilian international beach volleyball player who plays in the position of blocker. She has been competing professionally for over a decade and at the 2015 World Championships she and her partner Bárbara Seixas won a gold medal.

Born in Curitiba in Southern Brazil, Bednarczuk first began competing in the city of Paranaguá. She rose to prominence in 2005 after competing in the Beach Volleyball World Championships, showcasing her talents to the world. She also competed in the Swatch FIVB World Tour in both 2008 and 2012, as well as the 2013 Beach Volleyball World Championships.

Bednarczuk’s success and reputation continued to boom for many years and she took part in the 2014 FIVB Beach Volleyball World Tour, before scooping up a gold medal at the 2015 World Championships. This tremendous achievement led Bednarczuk and Seixas to qualify for the Summer Olympics in 2016.

At the 2016 Rio semi-finals, Bednarczuk and Seixas competed against the USA’s April Ross and Kerri Walsh-Jennings; beating them in straight sets of (22–20) and (21–18). In the finals, the pair narrowly missed the title to Kira Walkenhorst and Laura Ludwig from Germany; nonetheless their enviable agility and high energy earnt them their second Olympic medal. 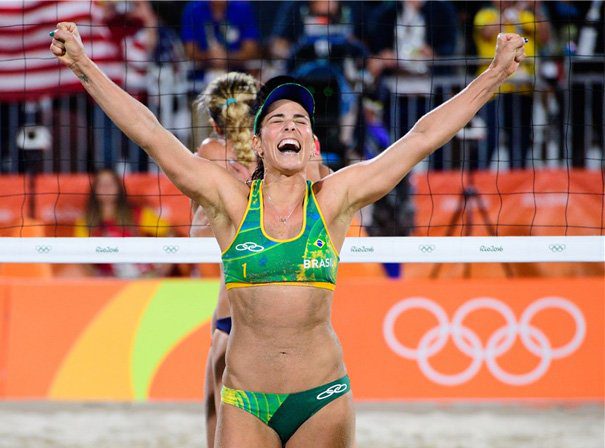