American sportscaster, television personality, and former NFL star Ahmad Rashad has had a long and distinguished career in sports media. Nearly 40 years after calling time on a hugely successful playing career, he is still considered an authority on a range of sports. Despite being a professional footballer, he hosted basketball shows NBA Inside Stuff and NBA Access with Ahmad Rashad for a total of over 20 years.

Today’s television audiences may also recognise him from his contributions to The Last Dance, an ESPN documentary series about the iconic Chicago Bulls basketball side of the 1990s that became the most-viewed documentary ever shown on the channel.

Rashad was born in 1949—although you wouldn’t guess that by looking at him—and his footballing career began in earnest when he won a sports scholarship to the University of Oregon (his native state). During his time at college, he converted to Islam (changing his name from Robert Moore) and established himself as a future star, making the All-American college side of 1971. In 1972, he was drafted by the St. Louis Cardinals. Rashad would remain a professional player for ten years. Among his greatest achievements was being picked to play in the NFL’s annual all-star Pro Bowl match four years in a row.
Upon his retirement in 1982, Rashad soon found himself in demand as an analyst and commentator for football, basketball, and baseball, working for major networks such as NBC and ABC. His status has also seen him embrace the world of reality TV with appearances on the likes of Celebrity Mole and Celebrity Golf Classic. 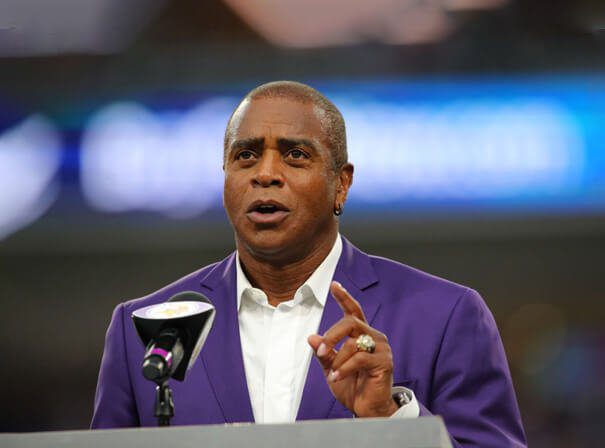