Regarded as one of the world’s top freeskiers, Ahmet Dadali has built a formidable career on the slopes. Growing up in Western New York, Dadali caught the skiing bug at a young age. While his peers were shredding the West Coast or the Rockies, Dadali’s closest mountain to his childhood home was Bristol Mountain. Serving up a paltry 60 inches of snowfall and sporting 1,000 feet of vertical, Dadali wouldn’t be one of the best street skiers on the globe without those conditions. By 18 years old, he packed up his bags and chased his skiing ambitions to Utah. Now a revered athlete, self-professed “ski bum,” filmographer and award winner, Dadali is one to watch.

What’s most interesting about Dadali is that he never set out for fame and glory. Yet, he has won countless accolades over the years, such as “Best Male Performance” at the IF3 Freeski Film Festival and both “Breakthrough Performer” and “Best Jib” at the POWDER Awards. His impressive skill on both hill and street showcase his versatility. But at the heart of everything he does; every competition, film, appearance – his positivity and “ski bum spirit” remain at the centre. With big sponsorship deals from Volkl Skis and Spy Optic, Dadali is an inspirational tour-de-force.

Filming high-octane speeds mixed with impressive skimanship can all be seen throughout Dadali’s work. His company LaFa has become a much-needed link for up-and-coming skiers in the Midwest to the East Coast. From shooting streets in Minnesota and Colorado on “Flip the Script” to his three-part web series “The Driving Decision,” Dadali gives a unique insight into the world of sport like no other. With a career built on defying expectations, you can expect big things from the man behind the “ski bum” lifestyle. 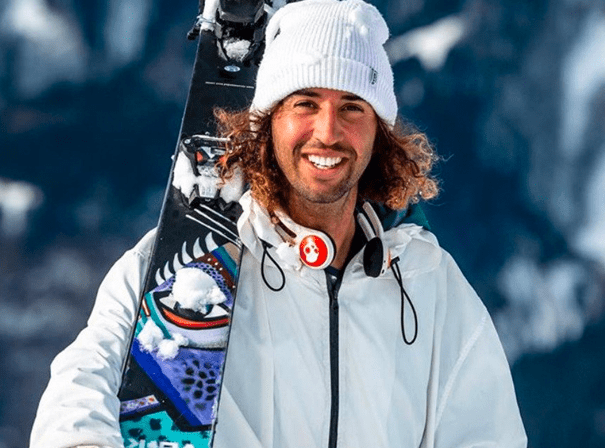