Aimee Elizabeth Hall is a social media influencer, model, and actor. She originally gained fame on MTV’s reality show “Floribama Shore,” which is a spin-off of the pop culture hit show “Jersey Shore.” The show follows the lives of eight young adults who spend the summer in the hottest beach towns on the Gulf Coast, to party it up and put the real world on wait for a little while longer. Hall has been a regular cast member on the show for all four seasons to date. Hall appeared on the popular behind-the-scenes reality television show podcast, “Behind the Velvet Rope.” She also appeared in 2018’s “Hollywood/Highland” and 2020’s “Reality Television Awards.”

She calls herself a ‘Princess Goddess Mermaid.’ Growing up in a small town, she credits her time on the MTV reality show for her growth both personally and for being able to branch out and see the world. The show has given her the confidence to get into modeling. She holds contracts with Pretty Rebellious Boutique, Tropic House Swim, and BooHoo Clothing.

Hall leads an active presence on social media, like Instagram where you can follow her alongside her more than half a million fans. There she endorses such products as Flat Tummy nutritional apple cider gummies and Jenni “JWOWW” Farley’s indoor tanning lotion. She also has a popular Twitter account where she has more than 85 thousand followers and a TikTok where she has almost 300 thousand followers and more than 2 million likes. 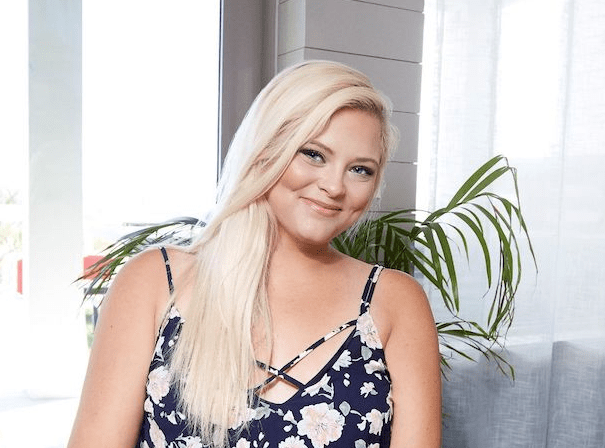