Non-binary queer artist and performer Aja has turned heads in the entertainment industry. Determined to make a name for themselves, they have brought the art of drag in to the masc-dominated domain of hip-hop after creating countless amounts of deserved buzz with In My Feelings, their critically-acclaimed debut EP. A break-out star on RuPaul’s Drag Race and RuPaul’s Drag Race All Stars 3, they have performed jaw-dropping live shows around the globe uplifting and empowering their fans and also amassing a huge online following with nearly 1 million Instagram followers. Aja has openly shared their personal struggles with gender identity, sexuality, race and class with their many fans, and has become hugely impactful to the LGBTQ+ community and a global role-model for people of all backgrounds.

Born and raised in the heart of Brooklyn, Aja began doing drag aged 16 in Manhattan. In 2017 they were announced as a contestant for the ninth season of RuPaul’s Drag Race, and after becoming a fan favourite Aja then returned to the franchise for the third season of RuPaul’s Drag Race All Stars. The glamorous star was in constant demand after starring on the show, appearing in commercials for the likes of Starbucks and H&M’s Pride OUT Loud campaign and as a host on talk show Ayo Sis on WOW Presents Plus.

In recent years Aja has focused on their successful musical career, dropping critically acclaimed debut EP In My Feelings in 2018 and racking up over 6million views on their YouTube channel and more than 6.5 million spins on Spotify. 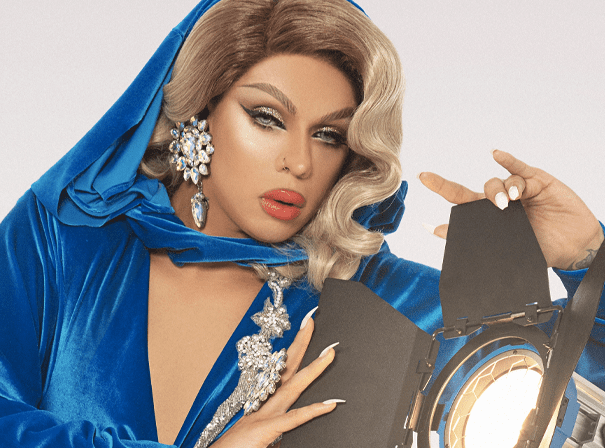