Akane Yamaguchi made history as the first Japanese badminton player to hold the top spot in the BWF Women’s singles ranking. A swift mover on the court but diligent too, Yamaguchi is renowned for being able to save difficult shots that others can’t, and earned herself the title of the BWF Most Promising Player of the Year in both 2013 and 2014. Yamaguchi won the gold medal at the Asian Games in 2018 and helped the Japan women’s national team win the 2018 Uber Cup.

Yamaguchi first rose to attention when she competed at the Asian Junior Championships in 2012 representing Japan. She was a successful junior player, reaching the BWF World Junior Championship finals for three consecutive years, winning silver in 2012 and gold in both 2013 and 2014. She also helped the Japan women’s team win bronze at the 2014 Asian Games and was chosen as the flag bearer for the Japanese team at the 2014 Summer Youth Olympics, going on to win the women’s singles silver medal.

She carried on her meteoric rise to the top of her sport as a senior player with a semifinal place in the 2015 Swiss Open Grand Prix Gold, and in October the same year won the 2015 Bitburger Open Grand Prix Gold. Yamaguchi began to beat the best players around, including Olympic Gold medallist Carolina Marin on the way to victory at the Denmark Open in 2016, and she also reached the semi-finals of the Rio 2016 Summer Olympics.

After a consistently successful 2018, which included winning the German Open and the Super 300 women’s singles championship, she became the first Japanese person to become the top-ranked singles player in the world and in March 2020 secured qualification for her second consecutive Summer Olympics. 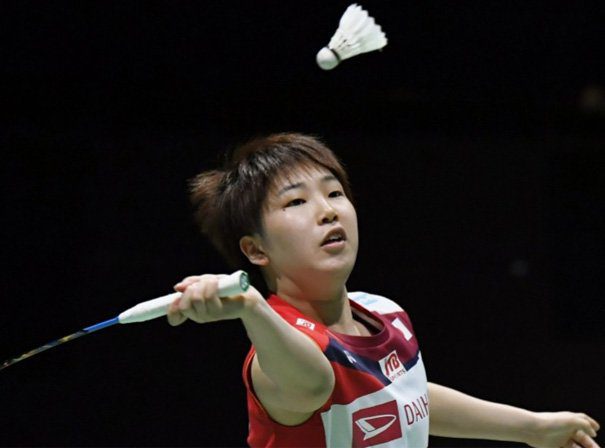