Recognised as one of the most engaging and exuberant sports personalities of a generation, Akbar Gbajabiamila is one of a kind. A revered NFL alum, sports commentator and entertainment personality, Gbajabiamila offers a unique insight into the industry. Gbajabiamila has established a diverse and formidable career. For five years Gbajabiamila played in the NFL as a linebacker and defensive end with the Miami Dolphins, San Diego Chargers and the Oakland Rangers. Retirement brought with it a meteoric rise for Gbajabiamila. He now enjoys a successful television and film career and is showing no signs of slowing down yet!

Co-hosting the exhilarating obstacle course competition series, “American Ninja Warrior,” Gbajabiamila has earned high praise. The NBC show has been nominated for two Emmy Awards throughout Gbajabiamila’s tenure. Lighting up the stage, Gbajabiamila also co-hosts the USA Network’s spin-off show “ANW: Ninja vs Ninja” and the NFL Network’s “NFL Fantasy Live.” Gbajabiamila is so loved throughout the industry that Drake has parodied his famous “Akbarisms” on “Saturday Night Live.” Never afraid to take on a new challenge, Gbajabiamila made his feature debut in the well-received short film “The Sac Fly.” With other credits including the Funny or Die skit “Internet Cops with Nnamdi Asomugha” and NBC’s “The Night Shift,” Gbajabiamila is a versatile artist in the making.

Beyond the camera, Gbajabiamila is a long-serving volunteer. Driven by compassion and a desire to help those in need, Gbajabiamila serves as a board member for the Asomugha Foundation. The charity aims to create better educational opportunities for impoverished communities. He also serves on the Board of the Michael J Fox Foundation – a cause close to Gbajabiamila’s heart, as his father was diagnosed with Parkinson’s disease thirty years ago. As Gbajabiamila continues to be a leading voice in the industry, he will be entertaining and inspiring audiences for years to come. 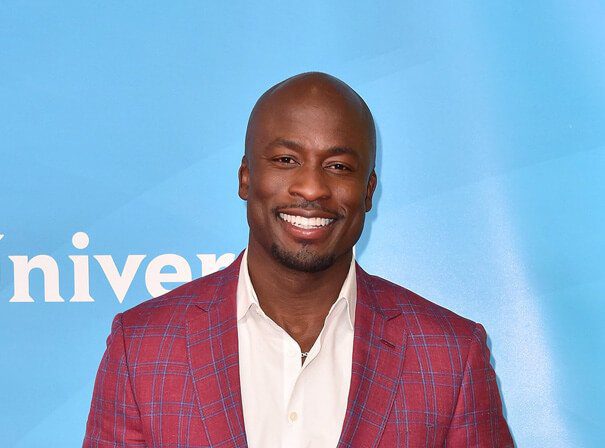