Akil Thomas is a Canadian professional ice hockey centre presently playing for the Ontario Reign in the American Hockey League (AHL) as a prospect for the Los Angeles Kings. Thomas was expected to be a first-round pick in the 2018 NHL Entry Draft. The Los Angeles Kings finally selected him in the second round, 51st overall. In 2016, Thomas made his major junior hockey debut with the Niagara IceDogs. Thomas was elected captain of the squad after setting a new franchise mark for regular-season points scored by a rookie. He was traded to the Peterborough Petes after returning from international action in 2020.

Thomas made a cameo appearance in the film “Soul On Ice: Past, Present, and Future,” which covers the history of black players in hockey, while playing with the Toronto Marlboros. The filmmaker, Damon Kwame Mason, is a personal family friend, which facilitated the appearance. Thomas also co-owns Zale Apparel with his friend Ethan Low, a clothing line that pays homage to his Barbadian roots. 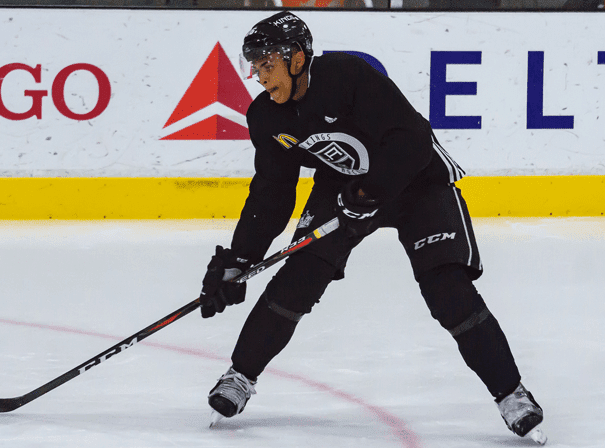