Alejandra “Azul” Lara is currently ranked as one of the top 50 female flyweight mixed martial artists in the world. Now 10 years into her career, the Colombian has fought in the Bellator Fighting Championship promotion since December 2017 and has a career win-lose-draw record of 9-5-0. She won the fastest of her matches in just 35 seconds and is currently seventh in Bellator’s female flyweight rankings. She has a large social media following, including 130,000 fans on Instagram.

Lara was born in Medellin, Colombia’s second-largest city in August 1994. When she was 17, she made her MMA debut in Rionegro, taking on Monica Leon in the Extreme Combat MMA Senshi Ki event and winning by TKO in two minutes and 22 seconds. She went on to win her first four fights (all in Colombia). Her first fight outside her native country, in Mexico, saw her win the CFN Flyweight Championship from Janeth Alvarado.

After signing with Bellator, Lara made her debut for the promotion at Bellator 190, which was held in Florence, Italy, and so also marked Lara’s European debut. Since then she has been a regular at major Bellator events, all of which have been held in various American states. Now firmly established as one of the promotion’s top female fighters, she has got her eye firmly on winning the Flyweight Championship. 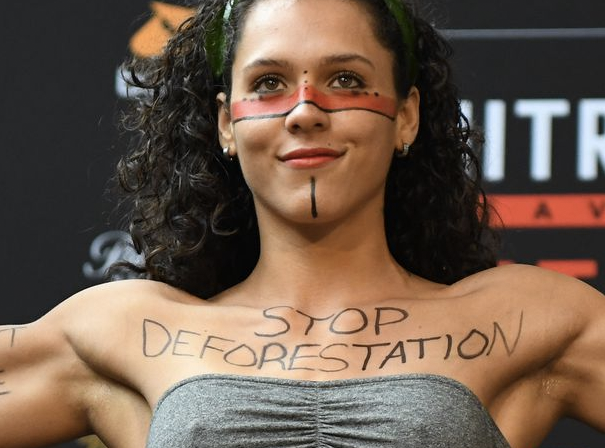