Norway’s Aleksander Aamodt Kilde is a multi-disciplined alpine skier, World Cup winner, Olympian, and winner of no fewer than 18 medals. A former world junior champion, he has gone on to become one of the dominant forces of world alpine skiing.
Kilde competes across the four different disciplines of competitive alpine skiing: Downhill, super-G, slalom, and giant slalom. All involve competing in the fastest time but vary in terms of steepness, speed, complexity, and turns. To master one is a feat in itself; to have mastered all four to the point you can perform at the top level in all of them is a spectacular achievement. Kilde’s main focus and success have been in super-G, a fast event which involves passing through gates, like downhill, but with far sharper turns than its counterpart.
It was in giant slalom that Kilde had his first taste of international success when he was crowned world junior champion in 2013. That same year, he competed in the first of what have now been eight seasons of the FIS Apline Ski World Cup, the skiing world’s premier annual competition which involves competing in all four disciplines. Having achieved numerous top ten finishes and success in the Super G, Kilde became overall champion for the first time in early 2020. Kilde has also competed in two Winter Olympics (held halfway between the summer Olympics) in 2014 and 2018 but success has eluded him and his team. However, now that he’s hitting the form of his career, Olympic glory seems inevitable. 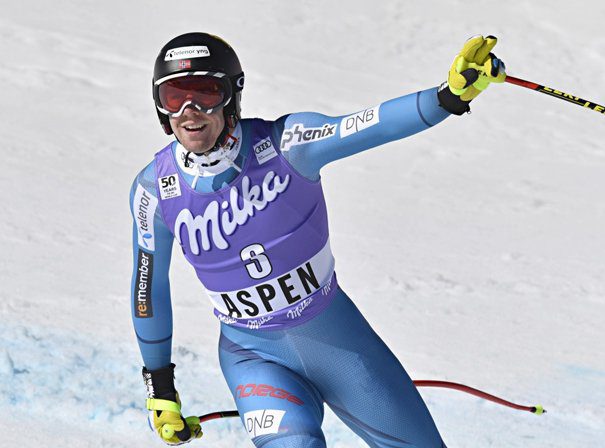