Alessandro Del Piero is one of the true greats of football. He earned his legendary status as a member of Italy’s 2006 World Cup-winning squad after playing for Juventus during their six Serie A championship wins and Champions League success in 1996. Regarded as one of Italy’s greatest ever players, he is one of five Italian players to score over 300 goals, scoring in every competition in which he has played. World Soccer magazine placed him at 77th in the list of the best players of the 20th century, and he easily made FIFA’s list of the 125 greatest living players.

Del Piero was spotted by scouts representing Padova at the young age of 13. His talent didn’t go unnoticed at the club and he was soon noticed by Juventus, who signed him up starting an incredible relationship that lead to personal success for Del Piero and countless victories for the team. His impact on the club helped them achieve 6 Serie A titles, win the UEFA Champions League, the UEFA Super Cup, the UEFA Intertoto Cup and the Intercontinental Cup. His glittering career with the team lasted 19 seasons and he holds the record for the most goals and appearances for the club.
Matching his success for his club, Del Piero helped his national side win the biggest prize in football when they won the 2006 FIFA World Cup. As a prolific goal scorer, he is the joint fourth highest scorer for the Italian national team, and Italy’s tenth-most capped player of all-time. Outside of football, Del Piero has been generous with both his money and fame when it comes to supporting charitable causes, and has appeared as a popular pundit for Sky Sport Italia since his retirement in 2015. 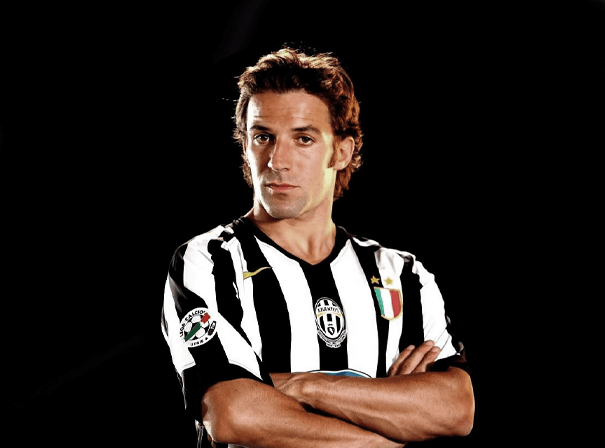