Professional adventure rock climber Alex Honnold is one of the world’s most well-known climbers famous for his free solo ascents of big walls. His solo ascent of El Capitan in Yosemite National Park is regarded by many as one of the greatest athletic achievements in history. Honnold starred in Free Solo in 2018, a biographical documentary which won an Academy Award and a BAFTA, and is the author of critically-acclaimed memoir Alone on the Wall (with David Roberts). He appeared on the cover of National Geographic, and has been profiled by New York Times and 60 Minutes. His many sponsors include La Sportiva, Maxim Ropes, Goal Zero, Black Diamond and The North Face.

Hailing from Sacramento, California, Honnold began climbing when he was 5 years old and began competing in international youth climbing championships by the time he was a teenager. Honnold rose to prominence after his solo ascent of the Regular Northwest Face of Half Dome featured in the film Alone on the Wall in 2012. Five years later, he made history with his first free solo ascent of the 2,900-foot El Capitan.

In 2018 he broke the speed record for climbing the Nose on El Capitan, Yosemite, with Tommy Caldwell, as the pair became the first climbers to finish the route in less than two hours. When he isn’t climbing, Honnold has also found time away from climbing to found an environmental non-profit, the Honnold Foundation. 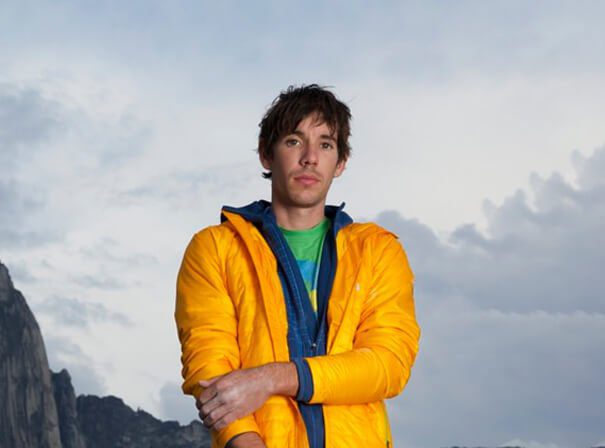