Talented dancer Alex Murphy fought back from a life-threatening illness to become a winner of Dancing on Ice in both the UK and the Netherlands. British fans will recognise her from three series of the show, partnering Kem Cetinay and former Westlife star Brian McFadden to the semi-finals before winning the show with Joe Swash in 2020. She has also hosted two seasons of an online show called Celebs Go Skating, in which she skates and chats with the likes of Blue’s Antony Costa, former Eastenders star Charlie Brooks, and TOWIE star Kelsey Stratford.

Murphy was born near Boston, Massachusetts and has been skating since she was just two years old. She began skating competitively at a young age and had won two United States Figure Skating Association gold medals by the time she was 14. She subsequently became a professional figure skater and began travelling the world, performing in major shows for the likes of Disney on Ice and Feld Entertainment. She then became a principal solo figure skater on the prestigious Royal Caribbean Cruise Ships, entertaining passengers as they sailed around some of the world’s most exotic locations.

Near-tragedy struck in 2012, when aged just 24, Murphy suffered a stroke that left her hospitalised for two weeks and needing emergency surgery for a hole in her heart. She recovered at an amazing speed, and incredibly, was back on the ice within three weeks, and three months to the day of suffering the stroke, she won that year’s Dutch series of Dancing on Ice with DJ Tony Wycycinski. 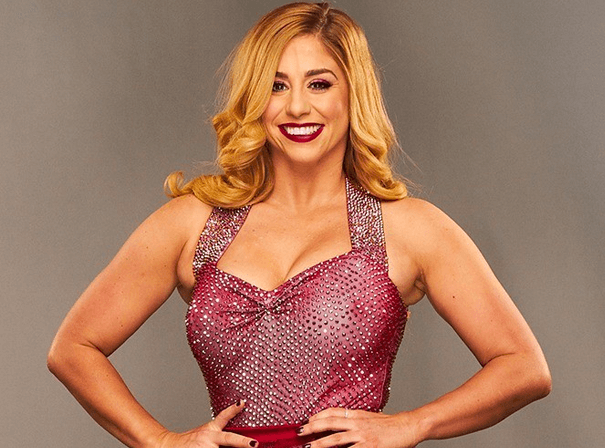