Russian figure skater Alexander Samarin is a European Championships finalist, and a Grand Prix and Challenger Series gold medallist. Samarin represents Russia internationally, and is attached to skating club CSKA Moscow. Having climbed the world standings each year since his debut, he first entered the men’s singles Top 10 in the 2018-19 season. He is the first figure skater from Europe to have landed a quad Lutz in combination with a triple toe in international competition.

Samarin enjoyed a successful junior skating career, picking up medals at Junior Grand Prix events in Germany, Slovenia, France and the Czech Republic, and taking silver at 2014’s Ice Challenge in Graz. The following year, he took his first gold on the Junior Grand Prix circuit with victory in Croatia, and went on to win the Warsaw Cup as part of the ISU Challenger Series. In 2016, he finished fourth at the World Junior Championships in Debrecen, before returning to the event the following year in Taipei City to claim bronze.

Samarin has podiumed four times at the Russian Championships, and has medalled at senior Grand Prix events including Skate Canada and Internationaux de France. In 2019, he won the Rostelecom Cup, taking home his first GP senior gold medal, and becoming the first Russian man to win the event in a decade. The same year, he took bronze as part of the Russian team at the World Team Trophy, took silver at the European Championships in Minsk, and narrowly missed out on a medal by finishing fourth at the Winter Universiade. 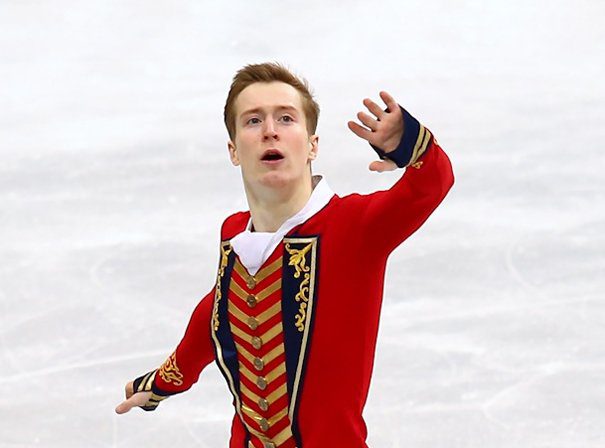