Having learnt to skate from a young age, Trusova made her international debut during 2017 at the ISU Junior Grand Prix. Qualifying for the finals in Nagoya, Trusova went on to take home the gold medal. A spectacular achievement, this was closely followed by Trusova’s gold medal win at the World Junior Championships in Sofia, making her the youngest female skater to win both events, at the age of just 13. During the same season, Trusova also became a national champion after her gold medal win at the 2018 Russian Junior Championships. Having become one of the best known junior figure skaters, Trusova enjoyed a second successful season during 2018-19 when she won silver at the Junior Grand Prix Finals in Vancouver, as well as achieving her second Junior World Title at the championships in Zagreb and Russian National Junior Championship title. After making her senior international skating debut during the 2019-20 season at the CS Ondrej Nepela Memorial event, at which she took home the gold medal, Trusova has gone on to win a bronze medal at the Grand Prix Finals in Torino and at the European Championships in Graz.

Amongst her many career highlights, Trusova holds the world record for the highest free skate points and her free skate technical score at the 2018 Junior World Championships is the highest on record. As of the 2019-20 season, Trusova is currently the fourth highest-ranking female figure skater. 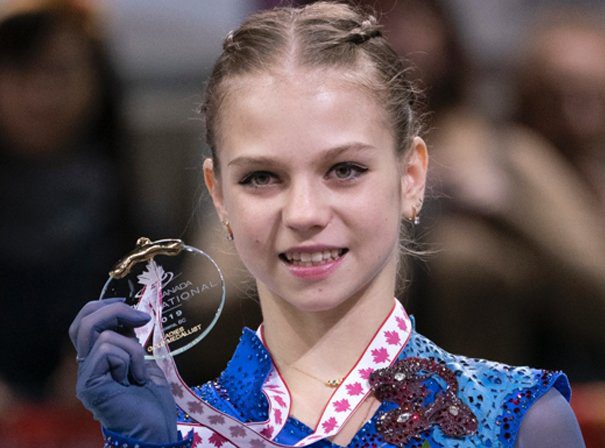