Hewett was born in Norwich in December 1997. A congenital heart defect required surgery when he was just six months old. He also suffered from a condition known as Legg-Calve-Perthes disease, which led to mobility problems. By the time he was six years old, Hewett needed a wheelchair. Thanks to surgery, he can walk, but he has lifelong mobility problems and is unable to compete in “able-bodied” sports. Despite this, he attended a state secondary school and went on to study Sport and Exercise Science at college.

Hewett and his partner, Gordon Reid, exploded onto the wheelchair tennis scene in 2015, reaching the semi-final of the doubles tournament in their first-ever major Open. They won it the following year and the next two years after that. In 2017, Hewett also proved his mettle as a singles player in the most sensational style: winning the French Open, reaching the semi-final of Wimbledon, and finishing runner-up at the US Open. Since then, the world of wheelchair tennis has belonged to him. 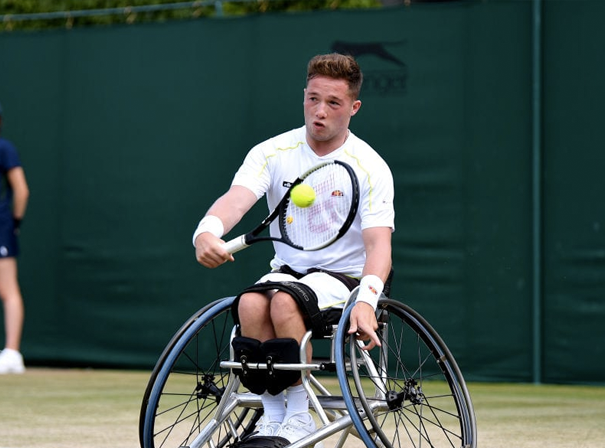