As a wide receiver for the Philadelphia Eagles, Alshon Jeffery had a rough start after an off-season surgery. He came back strong, however and started racking up the receptions and receiving yards. In 2018, he joined the Eagles in the NFL playoffs. His football career before the Eagles included five seasons with the Chicago Bears after being picked up in the second round of the NFL draft in 2012. His receptions and running yards total over 1000 for two years straight, which made him one of the most effective wide receivers playing today.

These exceptional years with the Philadelphia Eagles included a lot more than receiving passes and making touchdowns, however. Alshon Jeffery gets involved with good causes to help disadvantaged kids feel their very best. 2017 saw the sportsman bring a truck full of holiday gifts to the Beckett Life Center. He remembered his humble beginnings and wanted to give something to children who may not have otherwise enjoyed a Merry Christmas.

In 2018, Jeffery joined in with other Eagles teammates and pro football players from other teams to play in a charity softball game for the National Youth Foundation. When a second grader wrote a letter to him to sympathize with the playoff loss, he showed up at her school to thank her personally. No matter how hard, fast, and focused Alshon Jeffery is on the football field, he takes the time to show his soft side, gratitude, and attention to the fans who make it all worthwhile. 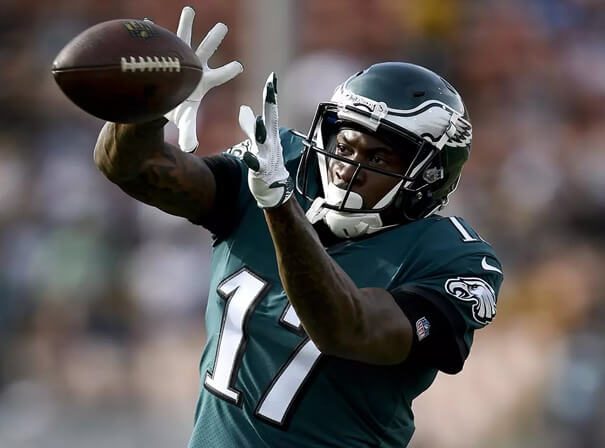