Amber Balcaen is a racing driver who competes internationally in NASCAR races and has even starred in reality show Racing Wives.

Balcaen grew up on the racetrack, and started driving go-karts when she was just 10 years old. She later bought her own lightning sprint car, and started to compete in bigger races, becoming the first woman ever to win a dirt track race championship in Manitoba when she was just 16 years old. She was soon spotted and snapped up by NASCAR, and they invited her to train with them on their Driver to Diversity programme, going on to win NASCAR races across America. Balcaen has also forged a career as a television personality, presenting Cars That Rock and starring on News Rising, as well as becoming a brand ambassador for Kal Tire. She has been a celebrity guest on Fins and Skins Classic Adventures, and was a cast member on Racing Wives. The show follows the lives of racing drivers’ wives, or in Balcaen’s case, her experience of life on the track.

Outside of her career as a sportswoman, Balcaen is also an online influencer, sharing everything from lifestyle and health tips to product collaborations and inspirational content. This has helped her to secure sponsorship as a driver and become one of the most high profile and highly sought after racing car drivers on the scene today. 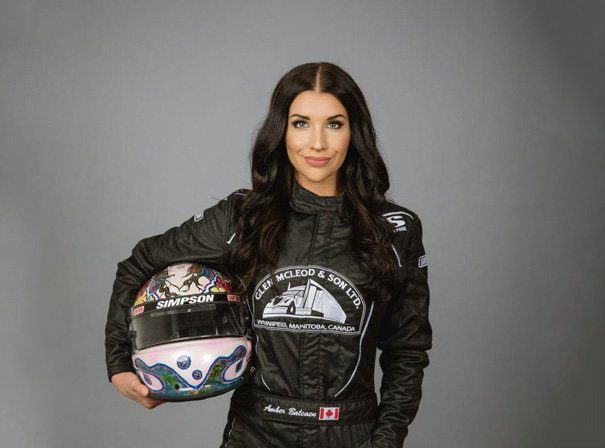