The most popular diva in the history of WWE, Amy Christine Dumas – better known as Lita – is a former 4x WWW Women’s Champion. Dumas joined WWE in 2000 and was a full-time wrestler until 2006, later returning for part-time appearances with the company. In 2014 she was inducted into the WWE Hall of Fame. Following her retirement from wrestling she founded The Luchagors, a punk rock band who dropped their self-titled debut album in 2007. Dumas is also an animal welfare activist who founded the Amy Dumas Operation Rescue and Education (A.D.O.R.E.) animal charity.

Hailing from Fort Lauderdale, Florida, Dumas decided to become a professional wrestler after seeing Rey Mysterio, and she relocated to Mexico to train. After returning to the USA she began wrestling in the Independent Circuit before being signed by Paul Heyman, owner of ECW. In 2000 Dumas joined WWE where she became famous as a member of The Hardy Boyz, and played Matt Hardy’s on-screen girlfriend as well as dating him in real life. She also became well-known for her fierce rivalry with wrestler Trish Status, and their match on Unforgiven 2006 was ranked as the 3rd greatest Diva Match of all time by WWE.

A high flyer who knew how to create a reaction wherever she went, her extreme wrestling style won her millions of fans around the globe and helped her become 4-time WWE Women’s Champion, and Dumas continues to inspire dozens of young female wrestlers to this day. 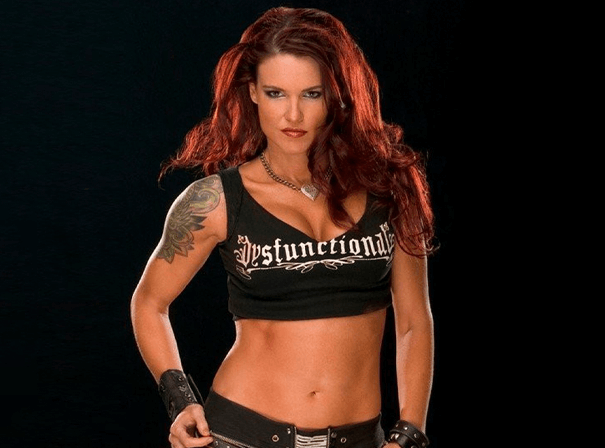