One of the most promising young stars of badminton, An Se-Young is the first junior high school student to join the Korean national team. She has already represented her country at the Asian Games in Jakarta, at the 2018 Uber Cup in Bangkok and helped the Korean team bring home a bronze from the Uber Cup. In 2019 she caused a stir when she beat the 2012 Olympic gold medallist Li Xuerui to win the BWF World Tour Title at the Super 300 New Zealand Open. She also stunned Carolina Marin – the reigning Olympic champion – in the final of the 2019 French Open badminton tournament to clinch the women’s singles title. After a fantastic 2019 season, the BWF awarded Se-Young the 2019 Most Promising Player of the Year.

Born in Gwangju, South Korea, Se-Young first came to international attention as a member of the Korean national junior team that won gold at the mixed team event at the 2017 Asian Junior Championships in Jakarta. An excellent retriever who forces her opponents to work their hardest for every point, she is also brilliant at the net and possesses incredible stamina. These qualities have already made the Korean sensation a serious threat, and she climbed into the world’s top 10 ranked players after incredible performances in 2019 against the likes of Marin and Xuerui.

Still only in her teenage years, the future looks bright for Se-Young as she continues to grow as a world class shuttler, and she will be one to watch at the Tokyo Olympic Games in 2021. 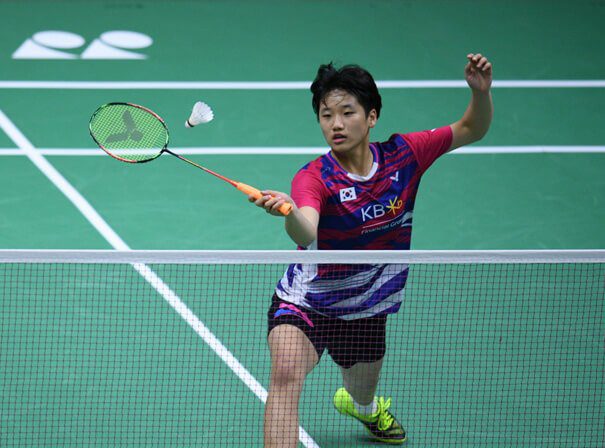