Six-time FINA Open Water Swimmer of the Year Ana Marcela Cunha announced her arrival on the world scene with an incredible feat. Aged just 14, she won two gold medals at the 2006 South American Games in Buenos Aires. Competing in both the 5km and 10km open water marathons, she triumphed in both, an astounding feat for a teenager swimming at a senior level. In 2008, she made history when she became the youngest-ever swimmer to compete in the 10km open water marathon at the Olympics. Holding her own against the world’s finest, she finished fifth.

In just under a decade of competing, Cunha has amassed an incredible total of 11 medals from the FINA World Aquatics Championships. This includes five golds, two of which were won at the 2019 event in South Korea, for both the 5km and 25km events. She has also added to her medal cabinet with golds at further South American Games and one from the 2019 Pan American Games, held in Peru. In addition to championship medals, she has triumphed three times in the FINA World Marathon Swimming Series, a series of tough open water races held in lakes around the world. A native of Brazil, she has been crowned their national swimming champion twice, in 2006 and 2011.

Since her 2008 Olympic debut, Cunha has participated in two further games and has already qualified to represent Brazil in the 10km open water marathon at the Tokyo Olympics. Nearly 15 years after winning her first world gold medal, Cunha is still at the top of her game. 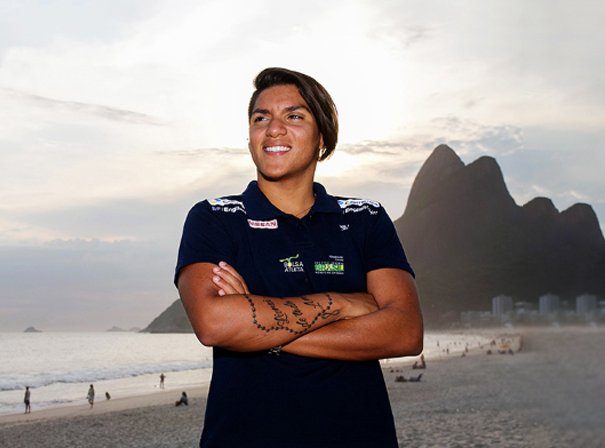