In 2013 Ramos played handball for her school team, during which she was scouted to play beach volleyball.

Soon after she embarked upon a playing career, Ramos fast approached the top of her game. In Nanjing at the Youth Olympics, she reached the top of the podium with her former partner Duda Lisboa. The duo also won two consecutive Under-21 World Championship titles in both 2016 and 2017. At 1.94m Ramos is the tallest Brazilian player to compete internationally in the history of the sport, turning heads all over with her recent results.

Before the 2018 season, Ramos had only taken part in 4 World Tour events. After pairing with her partner, Rebecca Cavalcanti, they obtained gold at Qinzhou’s three-star tournament, and the following week took home silver at Yangzhou’s four-star event. In Las Vegas the duo were close to winning their 3rd consecutive medal, but in the bronze medal match Ramos twisted her ankle and was made to forfeit the game. 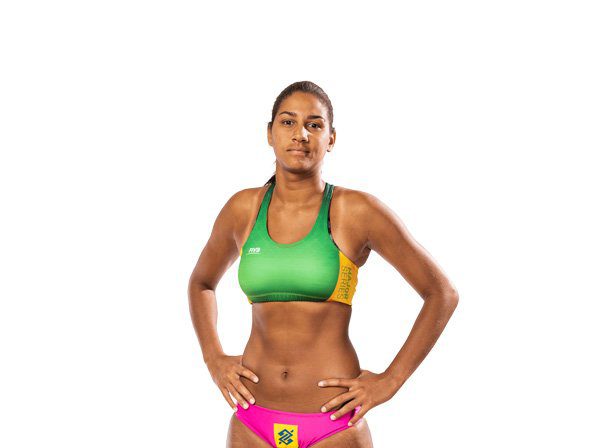