Antonsen’s badminton career kicked off when he just six years old, learning from his father who worked at a leading Danish badminton club. His international debut came at the 2013 Forza Denmark International tournament, and two years later he defeated Max Weißkirchen of Germany to win the 2015 European Junior Championship. The following year, Antonsen won the Scottish Open Grand Prix – his first Grand Prix victory – and also won a number of other tournaments including the Belgian International, Dutch International and Irish Open, and was named as the 2015 European Young Player of the Year.

Antonsen continued to rack up impressive results and victories, and in 2019 he faced reigning champion Kento Momota at the final of the World Championships in Basel, Switzerland. Antonsen missed out to first-seeded Momota but took home his first World Championship silver medal. With the Tokyo Olympic games just around the corner, Antonsen is a serious contender and a leading threat for the gold medal. 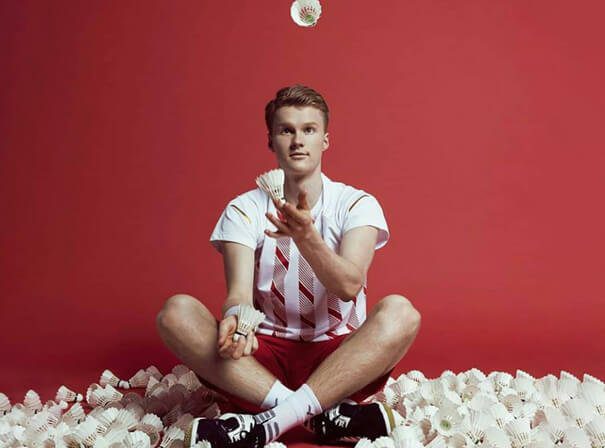