Born in Ontario, De Grasse showed great promise as an athlete at a young age as a high school sprinter. In his first race, De Grasse was spotted by coach, Tony Sharpe, who recognised his potential, regardless that he was running in basketball shorts and flat shoes with no starting blocks. De Grass has enjoyed great success and has brought home medals from several esteemed events worldwide, namely the 2015 Pan American Games, 2015 World Championships in Athletics, 2016 Summer Olympics, where he placed third behind Usain Bolt, the 2017 World Championships, 2018 Commonwealth Games and the 2019 Diamond League and World Championships.

De Grasse is the first Canadian sprinter in history to win three medals at one Olympic games, surpassing both Donovan Bailey and Percy Williams. De Grasse has been recognised for his outstanding achievements; he has won the Lionel Conacher Award as the Canadian Press’ male athlete of the year and has been honoured with the Rising Star Award by the IAAF. Additionally, in 2017 De Grasse was presented with a Harry Jerome Award. 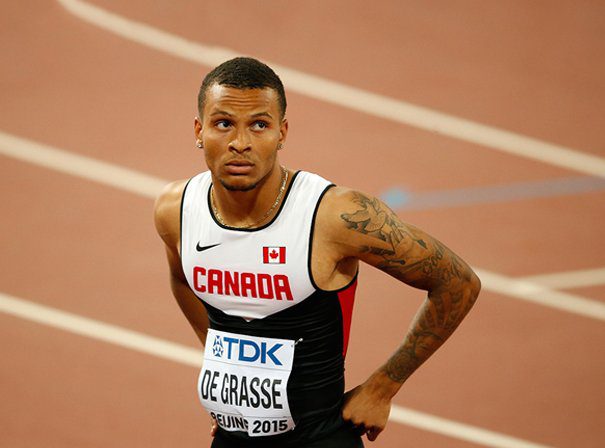