With a 16 season and 234 game long career, NFL wide receiver Andre Reed holds a much deserving spot in the Pro Football Hall of Fame. Andre played with the Buffalo Bills for the majority of his career, from first being drafted in 1985, to his signing with the Washington Redskins in 2000. The recipient of 7 Pro Bowl honors, Andre Reed is a true sporting legend.

Growing up in Allentown, Andre first began playing football at Dieruff high school. In his senior year the quarterback led his team to a tri-championship in the East Penn Conference. Continuing on to Kutztown University of Pennsylvania Andre changed from quarterback to wide receiver, and in his new position proceeded to set 9 school records. In the 1985 draft The Bills drafted the college star in the 4th round. In his 15 year career with the team, Andre played in 4 consecutive Super Bowls between 1991 and 1994. He played his final season with the Redskins before retiring from the game. He sits close to the top in nearly all NFL career statistical receiving categories, including 18th in NFL history for total career receptions, with a personal total of 951.

Andre never strayed too far from the football field however, and has gone on to commentate on the ESPN2 show, First Take, provide football analytics on NFL on Fox, as well as appearing on the Spike TV sports series Pros vs. Joes. His television career has extended to appearances on popular shows such as Hawaii Five-O, MacGyver and Magnum PI. In 2014, in recognition of Andre’s legacy and success, Kutztown University renamed University Field to Andre Reed Stadium. 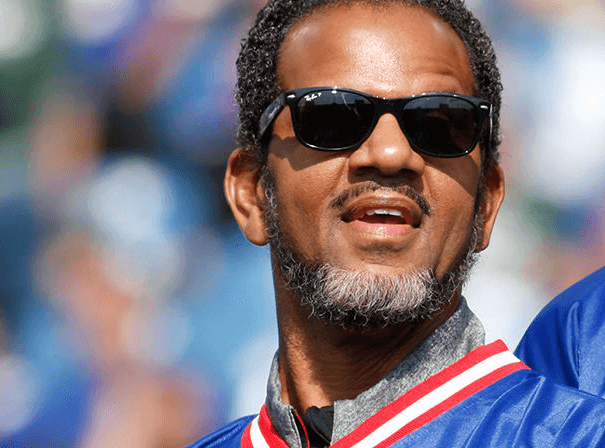