Andrea Fischbacher is a former Alpine ski champion best known for the gold medal she won at the 2010 Winter Olympics in Vancouver. She was also a two-time Junior World Championship gold-medallist and senior World Championships bronze medallist. She was named Austrian Sportswoman of the Year in 2010 and retired from competitive skiing in 2015. She now lives quietly in northeastern Austria.

Fischbacher was born in Salzburg in 1985. She made her international skiing debut in 2004, competing in the World Cup. She would compete for 11 consecutive seasons, achieving three wins, a further seven podium finishes and a career-best finish of second overall in the Downhill standings at the end of the 2009 tournament. It was also in 2009 that she won her World Championship bronze medal, finishing third in the Super-G tournament.

During her career, Fischbacher competed in three Winter Olympics. Her greatest triumph was at her second, in Vancouver in 2010, where she won the Super-G tournament to join the elite band of athletes who can claim to have reached the absolute pinnacle of their sport: winning an Olympic gold medal. The achievement, along with her top-10 overall finish in that year’s World Cup and her 2009 victories, saw her rightfully rewarded in her home country as one of their sportspeople of the year. 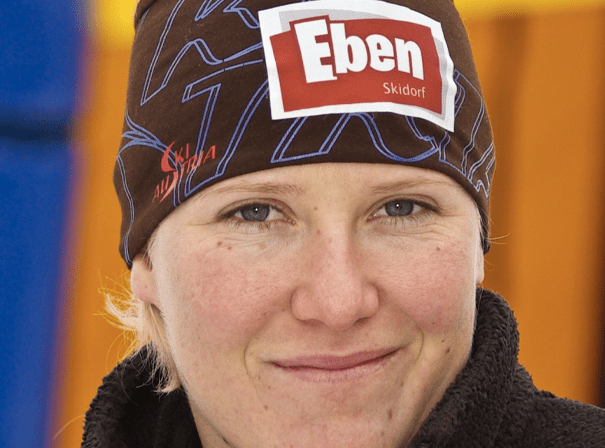