Longstanding Florida Panther’s public address announcer Andrew Imber has been offering his unique insight into the world of sport for years. From providing a blow by blow account of all the current action, Imber has become a well celebrated and loved personality. Since becoming the “Ninja Voice” after featuring in American Ninja Warrior season 9, Imber has left an even bigger impact on the world at large. His love of his favourite TV show knows no bounds. The South Floridian has well documented his hopes of becoming the announcer across his social channels. As Imber continues to raise his game and challenge the sporting world in his collab podcast project, The Voice & The Hype, you can expect big things in the future.

Over the years, Imber has earned several accolades for his work, such as “top sportswriter” in the country. He has captured one of a kind moments during his tenure at the NHL and his remarkable college career, which have been pushed to their limits during the COVID-19 pandemic. Fresh, innovative and always fired up, Imber’s energy is enough to get even the casual sports fan on fire for the game. With a growing Twitch community, Imber has become a voice worth listening beyond the sidelines. Playing Marbles alongside his 1.4k subscribers, Imber’s candid and honest approach has earned him wide praise. In his spare time, you can find him at the gym supporting others as a NASM Certified Personal Trainer. As Imber continues to shape his meteoric career, he will be entertaining audiences for years to come. 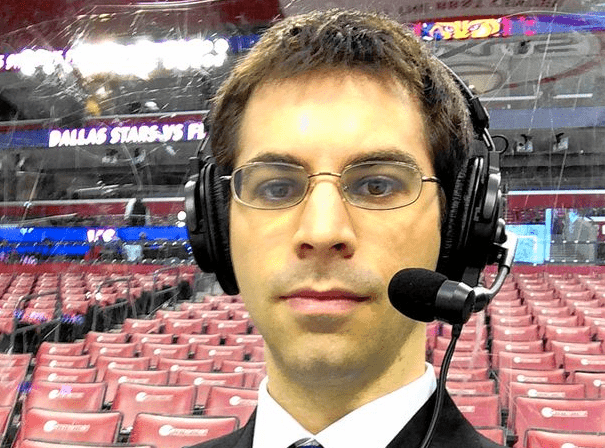