Casagrande shoots with the most advanced camera technologies in the world, from super-slow-motion-high-speed and thermal-infrared to night-vision and remote-controlled spy-cams, and manages to expand their limits. Casagrande has shot and produced wildlife films for the world’s top television networks, including National Geographic, the BBC, the Discovery Channel, ABC, NBC, CBS, FOX, and Animal Planet. His long-term mission is to encourage people to be concerned about our world and its vanishing biodiversity.

In 2011 Casagrande received the Emmy Award for Outstanding Cinematography in the category of Nature for the series Great Migrations, and was presented with the same award in 2013 in the Documentary category for the Untamed Americas series. Casagrande has founded the HD television and 8k digital cinema production company ABC4FILMS, which specializes in award winning wildlife documentaries, feature films and TV commercials. His videos appear on YouTube, including ‘Camouflage Killer Cam: Killer Shots’ and ‘The Great White Shark Song’. In the latter, Casagrande performs his own song and plays guitar while underwater. The video has over 450,000 views. 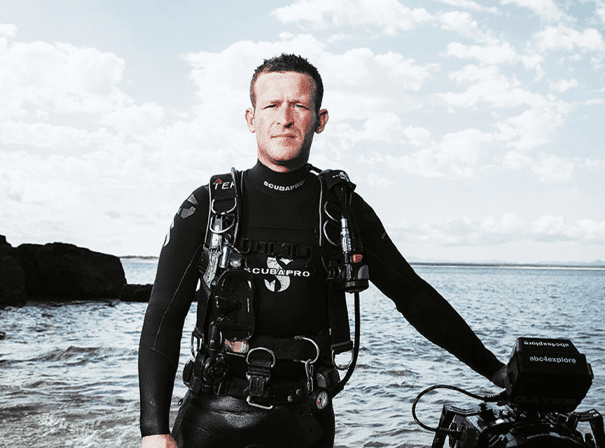