Known for his esteemed bravery and determination and appropriately named British Mountaineer, Andy Cave is now an award-winning best-selling author. Best known for his ascent of the North Face of Changabang, a mountain in Northern India, he was subsequently nominated for a Piolet d’Or; an annual mountaineering award.

On one of Cave’s first visits to the Alps, he achieved several climbs in only a few weeks and it was evident climbing was in his blood. He has written two autobiographies and countless articles for climbing magazines. Learning to Breathe was the compelling title of his first book, which proved a huge success as it won the Boardman Tasker Prize for Mountain Literature in 2005. His second book The White Line has also received many accolades.

Cave’s boundless knowledge and wisdom following his experiences have proved an inspiration to many and led to numerous Radio and TV appearances, on BBC Radio 4, he presented ‘Andy Cave’s Expedition Underground’. His TV appearances include ‘Coast’ on BBC 2, a documentary exploring the natural and social history of the British Coastline, and ‘The Ogre’, following his expedition to the Himalayas aged just 23. Cave grew up in a small coal mining villiage in South Yorkshire where he worked as a miner. He began climbing on the local Peak District crags which was where his passions evidently manifested. 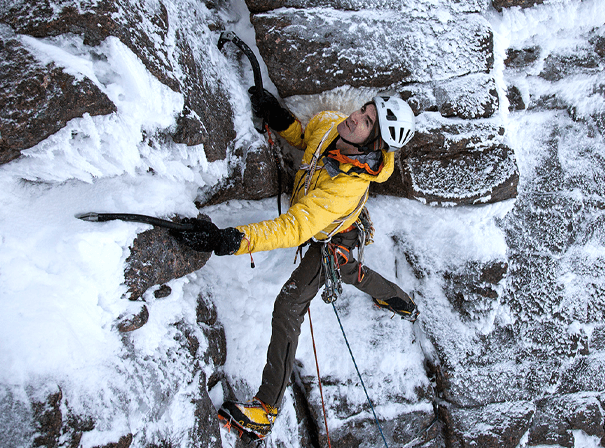