Former Aston Villa midfielder Andy Townsend is instantly recognisable from his time as a football commentator on ITV and BT Sport. Before his TV career took off, Townsend enjoyed a highly successful career playing for several top-tier Premier League teams and the Republic of Ireland. Townsend stepped into the national spotlight at just 21 years of age after the renowned FA Cup winners Southampton spotted his talents. He quickly built a reputation as a formidable offensive player, imbued with equal amounts of stoicism and charisma.

Following a brief stint at Norwich City, Chelsea signed Townsend to the tune of £1.2 million after witnessing his winning performances against Port Vale and Tottenham Hotspur. After scoring 12 goals for Chelsea, he transferred to Birmingham’s legendary Aston Villa, for some of the most successful seasons in the club’s history. He played a pivotal role in Aston Villa’s 3-1 defeat over Manchester United in the 1994 League Cup final and went on to captain the team as they reclaimed the trophy in a 3-0 victory over Leeds United.

On the international stage, Townsend has played in two world cups for Ireland, beating heavyweights England and the Netherlands to make it into the quarter-finals of the 1990 World Cup. Four years later, he captained the Ireland team, beating Italy and narrowly missing out on a second victory against Holland. Since retiring from professional football in the early ‘00s, Townsend has sat in the commentary box for ITV’s coverage of the Champions League and FA Cup, later covering the Premier League, FA Cup, UEFA Champions League and the UEFA Europa League for BT Sport. He was inducted into the FAI Hall of fame in 2015 and remains one of the sport’s most respected and recognisable personalities. 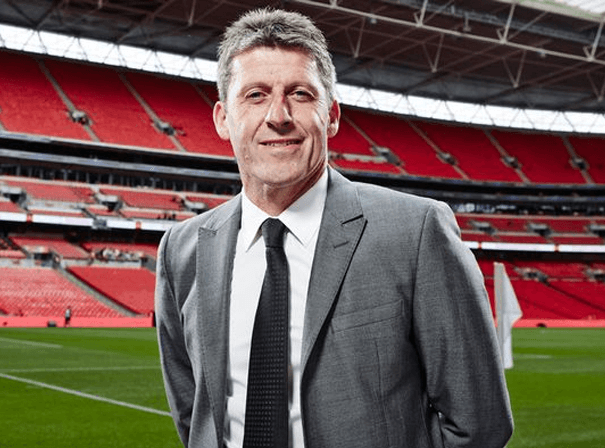