Estonia’s Anett Kontaveit is one of a generation of female tennis players breaking new ground for their countries. She is currently ranked as one of the 10 best female players in the world — making her the highest-ranked Estonian player of all-time. In 2021, she became the first Estonian player to reach the final of the WTA Finals. She has won over 20 singles and doubles titles on the WTA Tour and ITF Circuit and reached the quarter-finals of the Australian Open in 2020.

Kontaveit is used to breaking records. In 2009, aged 14, she became the youngest-ever player to win the Estonian national championships. She also successfully defended her title the following year. She began to rise to international prominence in 2012 when she made the semi-finals of both the Junior French Open and Junior Wimbledon as well as the final of the Junior US Open. After a bout of glandular fever marred her progress, she made her way through to the fourth round of the 2015 US Open. Having started as an unseeded player, she won five games in a row before being knocked out by Venus Williams. The run, however, saw her jump up over 60 places in the WTA rankings and into the Top 100.

With her first WTA title win in 2017, Kontaveit moved into WTA Top 30. She then steadily improved over the next few years until 2021 saw her enjoy a career-best season with four WTA titles and her historic WTA Finals appearance. She began 2022 in fine form, winning the St. Petersburg Ladies’ Trophy and making the semi-finals of the Sydney International. 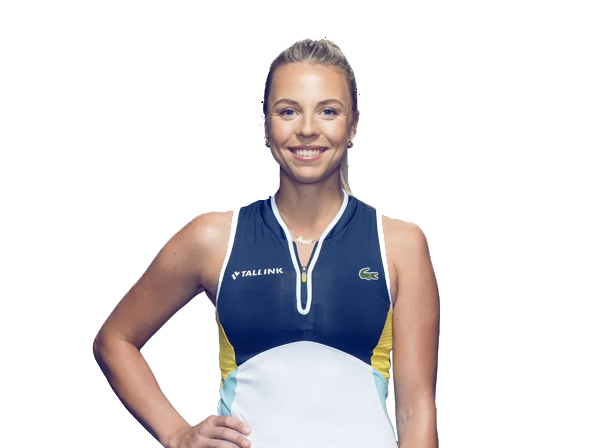