Triple-Grand-Slam-winner Angelique Kerber has also won an Olympic silver medal and been ranked the world’s number-one female tennis player during her high-flying tennis career. Her trophy cabinet includes the Wimbledon, US Open, and Australian Open titles. She has also been named WTA Player of the Year, German Sportswoman of the Year twice, the ITF World Champion, and at one point was the second-highest-paid female athlete in the world. In 2022, 15 years after her first professional Grand Slam appearance, she is still ranked as one of the top-ten players in the world.

Kerber was born in Germany to Polish parents in 1988. She started playing tennis when she was just three years old, and it quickly became apparent that she was a gifted left-handed player. She began to break onto the international tennis circuit in 2007, making her Grand Slam and WTA Tour debuts. After building her reputation with several ITF Circuit title wins, she won her first Grand Slam match in 2008 and continued to fight her way up the rankings until she finally made the semi-finals of the US Open in 2011. The following year, however, was her breakthrough. She made the quarter-finals of the French Open and the semi-finals of Wimbledon. She also entered the Top 5 of the rankings.

In 2016, Kerber cemented her reputation. She won the Australian and US Open, finished runner-up at Wimbledon, and won silver at the Rio Olympics. Unsurprisingly, she became the World Number One. In 2018, she won Wimbledon and made the Australian Open semis. A semi-final appearance at Wimbledon in 2021 proved that she’s got longevity to go with her talent. 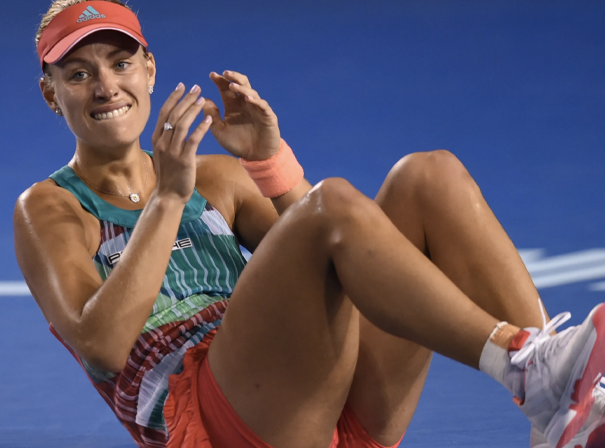