Often referred to as Africa’s premier diva, Angélique Kidjo is a singer, actress, songwriter and activist from Benin. World renowned for her creative music videos and diverse musical influences – including jazz, Caribbean zouk, gospel and Congolese rumba – her album Logozo was rated the 37th Greatest Dance Album of all time by Vice magazine’s website Thump. Her best-known recordings include the hits ‘Afirika’, ‘Malaika’, ‘Wombo Lombo’, ‘We We’ and ‘Batonga’. She is also well known for her creative interpretations of the Rolling Stones’ ‘Gimme Shelter’, Ravel’s ‘Boléro’, Jimi Hendrix’s ‘Voodoo Child’ and Gershwin’s ‘Summertime’. Kidjo has collaborated with some of the biggest names in the music business, including Bono, John Legend, Josh Groban, Ziggy Marley, Herbie Hancock, Carlos Santana, Peter Gabriel and Dave Matthews.

Born in Ouidah, Benin, she enjoyed traditional Beninese music growing up but also listened to the likes of Jimi Hendrix, Stevie Wonder and James Brown. She began singing in her mother’s theatre troupe when she was just six years old, and scored her first national hit as a teenager with her version of ‘Les Trois Z’ by Miriam Makeba. Her debut album Pretty was a huge success and allowed Kidjo to tour across West Africa. In 1983 she moved to Paris after the political conflicts in Benin stopped her career as an independent artist.

Kidjo met her future husband Jean Hebrail whilst studying at the CIM jazz school in Paris, and the pair began to compose music together. Kidjo was lead singer of Euro-African rock/jazz band Pili Pili in the 1980s before signing to Island Records as a solo artist in 1991. Since then she has recorded numerous best-selling albums, including Grammy-award winning Djin Djin featuring guest artists Peter Gabriel, Joss Stone and Carlos Santana amongst others. 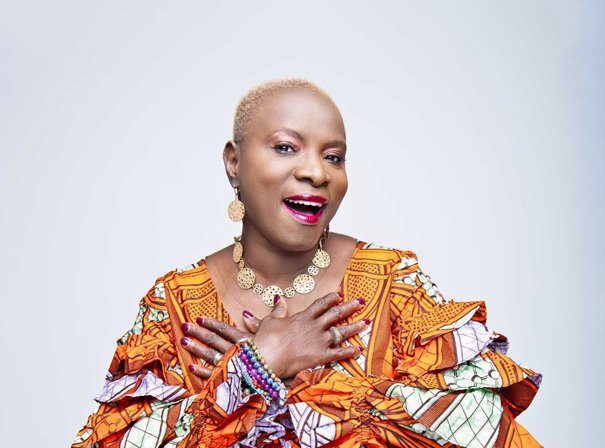