Known for her limitless hunger to achieve, world record holder and British polar Ann Daniels is the first woman along with her team mate Caroline Hamilton to reach both the North and South Poles in 2002.

Daniels’ has taken part in over 14 expeditions in the Polar Region; Her first excursion began in 1997, when she participated in the McVities’ Penguin Polar Relay, which saw a group of four inspirational women embark on testing journey, quite literally, to the ends of the earth. Other expeditions include the M&G South Pole, M&G North Pole, The North Pole Solo and the NASA & The European Space Agency. The latter involved monitoring movement of the disappearing ice near the North Pole, using tracking buoys, collecting vital data to help scientists better discern climate change.

Daniels is described by The Daily Telegraph as one of the Top 20 Great British Adventurers of all time. Her story and experiences are living proof that collaboration, leadership and a positive mental attitude are necessary components to the success of a team. Daniels appeared in the BBC Radio programme Desert Island Discs as a “castaway” in 2007. Daniels also led Catlin Arctic Survey expeditions in 2009, 10 and 11, which saw polar explorers come together to measure the impacts of climate change on the Arctic environment and beyond. 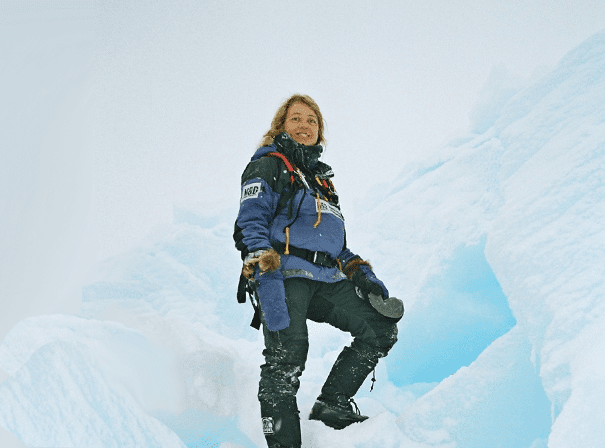