At just 20 years old, Anna Berreiter is a German luger who became the youngest ever female winner of a Luge World Cup Race in 2020.

After starting luge when she was just eight years old, Berreiter has represented her country at competitions ever since. She competed in the Youth A World Cup in 2015, winning a silver medal in the Konigsee leg of the event before taking two gold in Altenberg and Oberhof. She moved up to compete in the Junior World Cup and enjoyed her first podium finish shortly after. This exceptional young athlete continued with her race to the top, with appearances at the Junior European Championships and an overall bronze medal in the 2017/2018 Junior Luge World Cup. Berreiter’s incredible junior career paved the way for an explosive start to her senior career, with her debut coming in the 2019/2020 season. She successfully lived up to her reputation, winning the Nations Cup race in Whistler and progressing to the women’s singles World Cup race where she won the silver medal.

In February 2020, Berreiter made sporting history when she claimed victory at the World Cup race in Oberhof, and broke the record for the youngest female ever to have won a Luge World Cup race. She also made it onto the German relay team, helping the squad to win gold at the event and truly establishing herself as one of the great talents in the sport today. 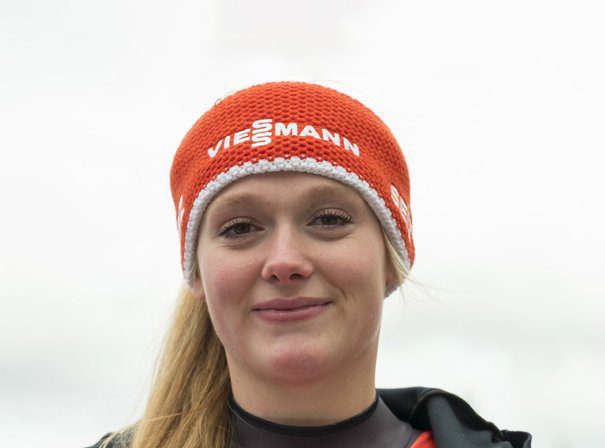