London born Annabel Croft is a now retired British tennis player and formerly the number one ranked British female in the country. Annabel is still very much in the limelight owing to her work on television as a commentator and presenter and also works on radio. During her playing days, Annabel won the WTA Tour event, Virginia Slims of San Diego, and as well as this played for
Great Britain in the Fed Cup and the Wightman Cup. Annabel’s highest ranking came in 1985 when she hit the 21st spot. Her highest ranking in doubles was 126th, whilst she was always competitive in the singles majors such as the French Open, US Open and Australian Open throughout her career, though she never quite lifted the trophy at any.
As well as her TV work, Croft keeps busy by raising awareness about the detrimental effects of childhood obesity and is a supporter of the children’s charity CLIC Sargent. She has three children of her own and lives near Wimbledon. Annabel has worked for a wide range of TV channels and radio stations and these include most recently the likes of Sky Sports and Eurosports. She has appeared on shows The Wright Stuff, The Entertainment Show, GMTV, Out and About and This Morning. Away from tennis related shows, Annabel has also been in the ITV gameshow programme Celebrity Wrestling, which she actually went on to win back in 2005. On top of this, she has been on and presented shows including the likes of Treasure Hunt and Interceptor. 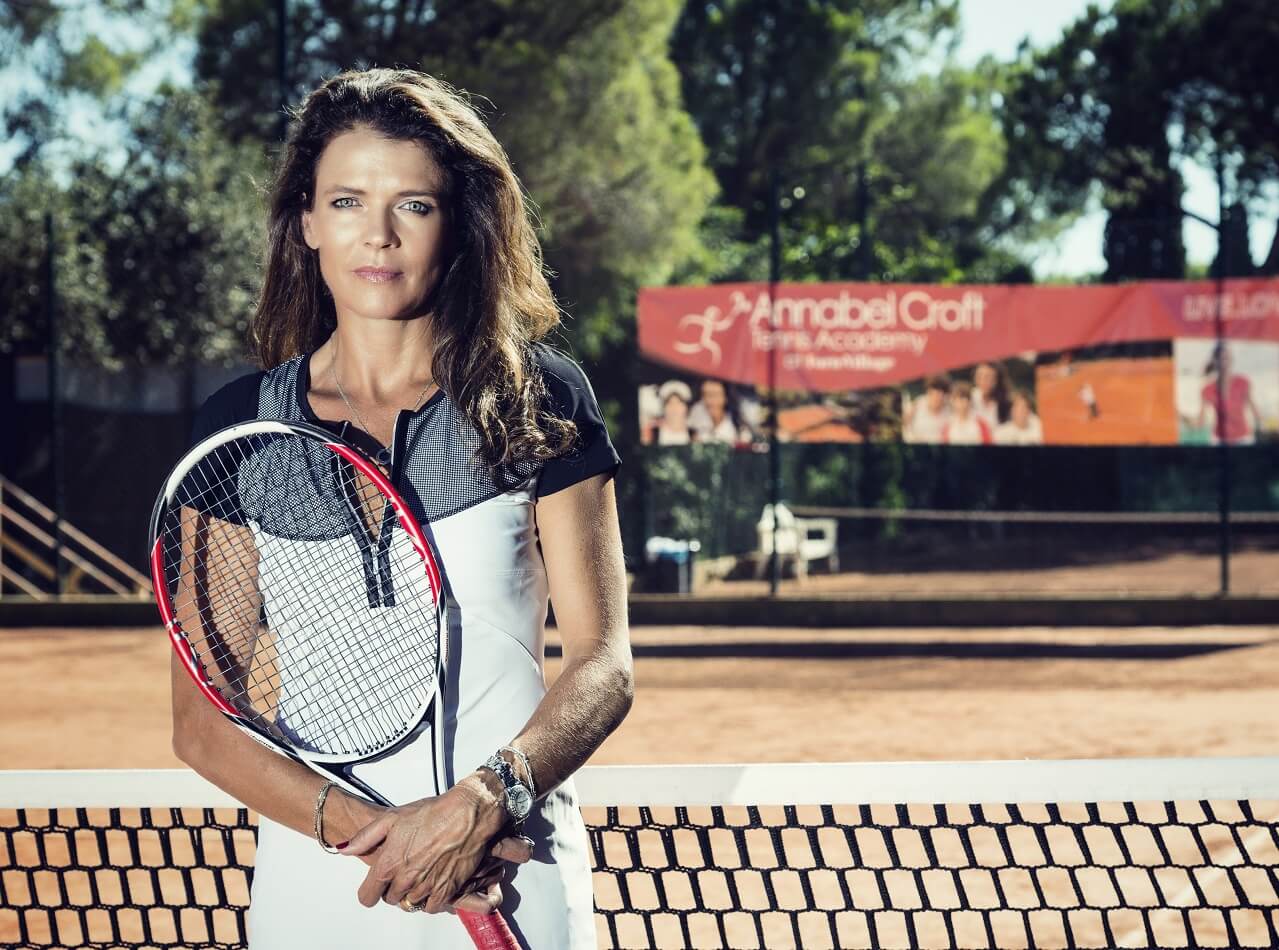