An American actress, influencer, and singer with millions of followers, Annie LeBlanc is a teenage social media sensation. She was a star of the now-defunct YouTube channel Bratayley and has since built a thriving career as both a musician and an actress.

Born in Augusta, Georgia in 2004, LeBlanc spent most of her youth training to become a professional gymnast. Her family began uploading gymnastics videos to the Bratayley channel in 2008, and the channel soon grew to feature popular videos of the entire LeBlanc family. With their newfound success, Annie ended her gymnastics career and moved to Los Angeles to pursue acting and music. In 2016, she released her debut single “Fly,” hitting No. 34 on the Billboard Hot Country Songs. She then made her acting debut in the YouTube Red originals series We Are Savvy. LeBlanc went on to star in Chicken Girls on the Brat TV YouTube channel, a popular television series that has resulted in several spin-off movies.

LeBlanc continues to release new music and has made countless appearances in Brat TV productions. A top teenage influencer, she was called one of the most famous teens in the world by Business Insider in 2018. In 2020, LeBlanc was set to co-star in the comedy series Side Hustle on Nickelodeon and was later given her own virtual talk show during the COVID-19 pandemic. She has already won numerous awards including the 2019 Teen Choice Awards Music Web Star and the 2020 Kids Choice Awards Favorite Female Social Web Star. Still in her early years as a teenager, Annie LeBlanc has an unbelievably bright future ahead of her. 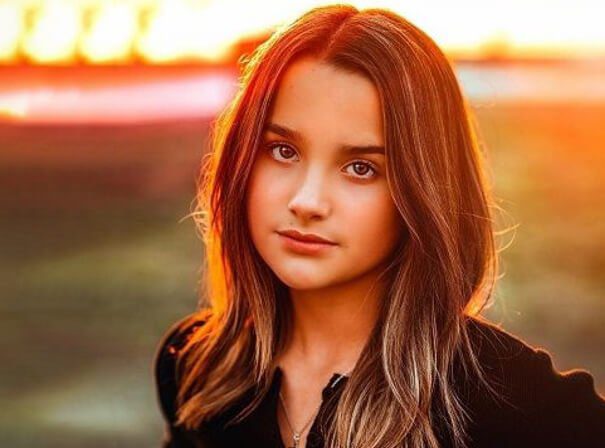