Finnish professional beach volleyball player Anniina Parkkinen has been traveling the world competing in many Confédération Européenne de Volleyball [CEV] events. She made her FIVB Volleyball Women’s Nations League debut at the 2012 CEV U18 Brno junior/youth division ranking 7th alongside her one-time partner Emmi Huovinen. By 2014 she began competing in the CEV C&S association playing briefly with Taru Lahti, Niina Ahtiainen, and Essi Hasu with whom she stuck with till the end of the 2015-2016 playing season.

Parkkinen reached both the 2015 and 2016 European Beach Volleyball Championships with Hasu. In beginning of the 2016-2017 season Parkkinen played with famed Finnish volleyball and beach volley player Riikka Lehtonen before sticking with Taru Lahti for the rest of her career. Together, Parkkinen was able to rank first at the 2017 CEV Alanya Masters Tournament in Turkey. She has consistently remained in the top 25th percentile among all her games to date.

She began competing in high stakes tournaments earning $56,355 US in just 3 years with Lahti. They participated in the 2018 CEV European Championship continental tournament ranking 17 and later ranking 2nd in the 2018 3-star Tokyo tournament. By the end of 2019 they had reached the WTF Rome World Tour Finals and ranked 9th during the Olympic Qualification Tournament. Following their success, Parkkinen and Lahti appeared on WSports TV and Volleyball World. 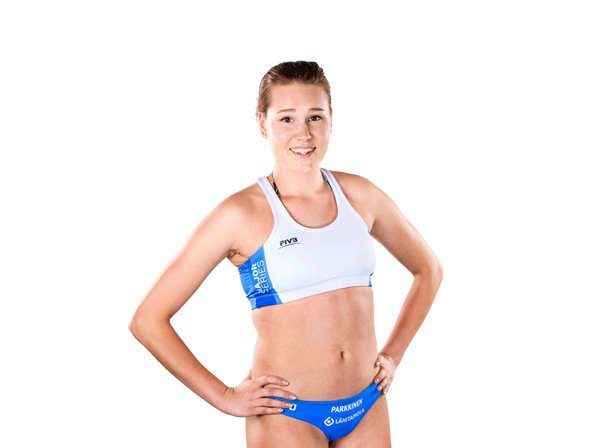