Best known as an American professional ice hockey centre, Anthony Louis currently plays with the Texas Stars. Louis first began his ice hockey career playing for Miami University, when he was only 18 years old. He played with Miami University until 2017, when he was signed by the Chicago Blackhawks. While playing ice hockey in college, Louis set a career high in his senior season, the season of 2016-2017, with 14 goals and 39 points in 36 games. Louis amassed 46 goals and 80 assists in 145 career games across four seasons during his collegiate career. Louis embarked his professional career, when he signed a two year contract with the Chicago Blackhawks. He then joined primary AHL affiliate, the Rockford IceHogs, for an amateur try-out deal for the rest of the season. Louis was third on IceHogs on with 34 points in 74 games, and he led the team during his rookie season with 44 points in 70 AHL games. After his time with the Chicago Blackhaws, Lous went on to sign a one year AHL contract with reigning champion, the Charlotte Checkers, affiliate to the Carolina Hurricanes, in 2019. He started the 2019-2020 season, by registering 1 goal in 8 games with the Checkers before he was traded to the Texas Stars, affiliate to the Dallas Stars, in exchange for future considerations. 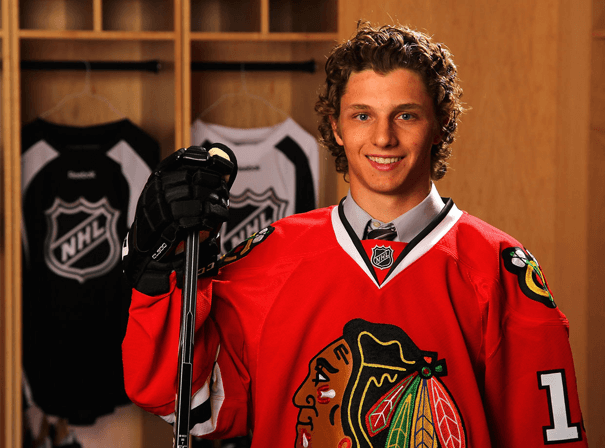